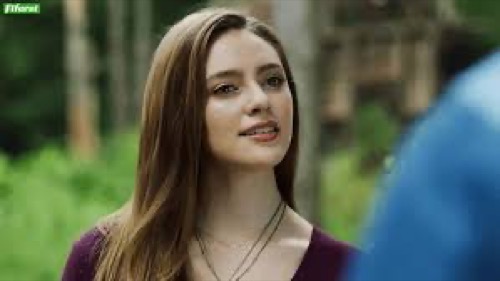 Tonight on the CW their new supernatural series Legacies air with an all-new Thursday, April 14, 2022 episode and we have your Legacies recap below. In tonight’s Legacies season, 4 episode 10 called, “Everything That Can Be Lost May Also Be Found,” as per the CW synopsis, “ope (Danielle Rose Russell) continues to be swirled in confusion and fighting her humanity, which results in her seeing the people who mean the most to her.

Hope has been put into a spell against her will. She comes face to face with her Aunt Rebekah. Meanwhile, MG meets with Ric to discuss how they all plan to fight the Gods. Kaleb and Cleo are in Atlanta and plan to see his family. She is nervous. He wants to show her his story since she showed him his. He also wants her to meet someone who may help her with her powers.

Aurora and Lizzie search for the keys they need. They have Ben chained to a tree. They discuss all of this in front of him. He offers to help them.

Rebekah tells Hope that she may be under a spell but their current time in New Orleans is very real. She sees a parade. Rebekah tells her it is for her father. It’s his funeral today. She brings Hope to see his urn. Freya is there.

Aurora and Lizzie come up with a plan. Lizzie heads to see Jen and tells her she and Aurora had a falling out. She invites Jen to an event. Back in Hope’s dreams, Rebekah and Freya talk to her about the importance of family and how she could one day be a parent too. She is sick of listening to them rattle on about family and humanity. She escapes to the street and runs into Marcel. He asks her to come back inside to lay her dad to rest. If she comes back in, they will drop the spell.

At the school, Ric talks to his younger self who tells him his students will be wiped out and he is still a drunk. Present-day Ric thanks him for his insight. Cleo meets with Kaleb’s psychic friend.

May, the psychic, holds hand with Cleo. The house shakes. Kaleb tries to make them stop. May have seen something scary.

Lizzie brings Jen to see horses after a monster truck show. Lizzie brings apples from the trunk. Jen catches on. Lizzie knows Ben because he knows she loves all of these things. Meanwhile, Aurora holds Ben hostage. Aurora needs a Boon. Ben knows his father is the only source for this. She takes a key from him and runs.

Hope returns to see her aunts. Kol then arrives. He tells her how they need her help to decide where to spread her father’s ashes. She then learns that she could have left at any time. She isn’t anchored any longer and she stayed. Her family tells her how much they love her. Her humane side then arrives.

Lizzie calls Aurora and stops her from using the key at Jen’s shop. But it’s too late. Ben has arrived. He knocks her out and takes the key. Back in New Orleans, Hope argues with her humane side. She fights herself. Meanwhile, Jen and Lizzie discover a pool of blood at Jen’s shop. Aurora and Ben are gone along with the tombs.

Hope kills off her dangerous side. She needs to live up to her family’s name and their sacrifices. At the shop, Lizzie and Jen sit as Lizzie is mad at herself. She has screwed up so much.

Cleo warns Kaleb she has seen their school in the rubble. MG comes to see Ric. Everyone is staying to fight. Ric is done with liquor as he cleans his cabinet out. Lizzie shows up to see her dad. She tells them she thinks she did a bad thing. MG and Ric hug her, telling her not to go. Ben stops on the side of the road to open a tomb in the back of a truck he is driving.