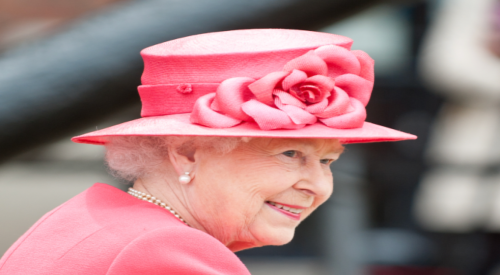 British Royal family news suggests that things aren’t looking very good for Queen Elizabeth right now. In fact, there are new reports that suggest the monarch might possibly be on her death bed as Prince Charles, Prince William, Prince and the rest of the royal family have rushed to Balmoral in Scotland to be by her side. Here’s what you need to know.

Queen Elizabeth has been placed under medical supervision because doctors are “concerned for Her Majesty’s health,” Buckingham Palace said. This all comes only a day after the queen canceled a virtual meeting of her Privy Council when doctors advised her to rest following a full day of events earlier in the week. That was when she formally asked Liz Truss to become Britain’s prime minister.

“Following further evaluation this morning, the Queen’s doctors are concerned for Her Majesty’s health and have recommended she remain under medical supervision,″ a palace spokesperson said, speaking on condition of anonymity in line with customary policy. “The Queen remains comfortable and at Balmoral.”

In addition to all of the immediate members of the family in the UK, which also include Camilla Parker Bowles and Kate Middleton, Prince Harry, and his wife Meghan had been in the UK in recent days for engagements, and are now known to be traveling to Scotland too.

What’s Next For The Monarchy?

As of press time, the queen, who is 96 and has reigned for 70 years, remains at Balmoral Castle, her estate in the Scottish Highlands where she spends much of her summer. The details of the queen’s medical condition are not known, though the palace has said in the past that she has problems with mobility. That said, Queen Elizabeth’s declining health has been a recurring cause of concern for the past few years, forcing her to cancel many public appearances.

So far Buckingham Palace has not made any additional comments about the matter.