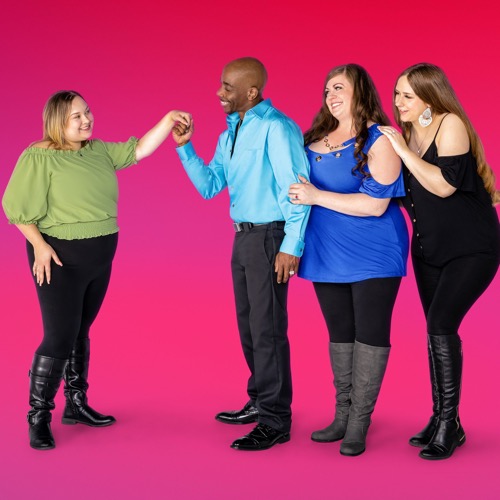 The Foleys hope to bring potential wife April into their family. Nick Davis takes Danielle on a solo date to see where she stands with polygamy.”

In tonight’s Seeking Sister Wife episode, the Merrifield family, tonight’s episode begins with Roberta, she is not in America and it has been a big challenge for Danielle and Garrick to get her to California, she is a potential sister wife but in the meantime, they decided to start looking for a third wife. Lea just fell in their laps, she has been in a plural marriage before. They decide to video call Roberta (Bert), she has been very insecure and jealous.

Roberta has been a little cold and distant, she wasn’t on board with a third wife. Garrick says they cannot harbor bad feelings. Danielle just wants to break the ice. Lea thinks her relationship with Bert is rocky, she doesn’t know if it is the language barrier or if she just doesn’t like her. They rented an Airbnb to get to know Lea better. Danielle loves Lea’s sense of humor, she is very bold and driven, a 180 from Bert.

Danielle is excited to get to know Lea a little better. Worst-case scenario, if Bert doesn’t get along with Lea.

The Epps family, Taryn, Marcus, and India have been living together for the last two years. Marcus and Taryn met in college. He is very passionate about the work that he does, he is an elected official, and he admits life is interesting, flying back and forth between Florida and Ohio. While married to Taryn, Marcus took advantage and did things he shouldn’t have, they didn’t have an open relationship.

She was going to move out with their daughter, or forgive him. During that time, he met India. Taryn left the home for a year, he was engaged to India at the time and Taryn was shocked. They decided all together to live in a polygamist marriage because they all like each other and get along. India says that a lot of people think they all have sex together, but that is not the case. Taryn and Marcus have one child together, Kielyn. Then he has a 15-year-old son, Tristen, and his best friend, JB who also lives with them. Marcus tells his kids that he is going to start dating Bina, they met 12 or 13 years ago. She lives in Charlotte, NC, she has a five-year-old son.

The Foley Family from Eastern Texas, Brenda and Steve. They drive out to the new house that they are building. They left Dallas due to the pandemic, and he is now able to work from home so they decided to leave the city. Polygamy just happened for them, it feels like a calling. April is the person they are currently courting, they met her five months ago and dating for three months now. They both liked her, Branda thinks April is cool, she is like a best friend and knows she can always count on her. Steve thinks he is more confident than Brenda is though. April has no idea that they are building the house.

The Davis family from Aurora, CO, April, Nick, and Jennifer. Nick is having his first one-on-one date with Danielle, he tells her they knew the moment they met her that she could fit in. She sees herself committing to the relationship for the rest of her life, but it is taking time to wrap her head around it because she never imagined being in a plural relationship and working towards a family. He welcomes her back to the house and plans on taking her back to the bedroom. Danielle is excited to have sex with him but hopes that April and Jennifer are ok with it.

Back to the Foley family. Today they are going on a date to a winery, the three of them. April loves her relationship with Steve and is really excited to be with Brenda as well. They do some wine tasting and they go for a walk. Brenda is too cold, so she heads back inside. Steve and April spend some time alone outside and he tells her that he is glad that she is there. Steve admits that he loves April and Brenda hopes that he will never love her more.

Back to the Davis family. Nick is on a date with Danielle, the first one-on-one and April hope it went well. Nick arrives home with Danielle and says he had a good time. After a little talking, Nick heads to the bedroom with Danielle, April, and Jennifer head to the other side of the house and sleep in the guest room to give him his privacy.

Back to the Merrifield family, Danielle makes the call to Bert, they hope it is going to go well. They are still learning Portuguese and Roberta is learning English so they can’t communicate perfectly. They put the translator on so Bert understands them. Bert starts crying, it’s hard not being there with them. Garrick starts crying too, so Lea and Danielle walk away and let him talk to her alone. He tells Bert that she is so special. Lea is worried that Bert is jealous of her, and wonders if they can ever have a really good relationship. She says that Bert doesn’t try to get to know her, just asking her basic questions.