BY Kristine Francis on June 29, 2022 | Comments: Leave Comments
Related : Reality TV, Recap, So You Think You Can Dance, Television, TV 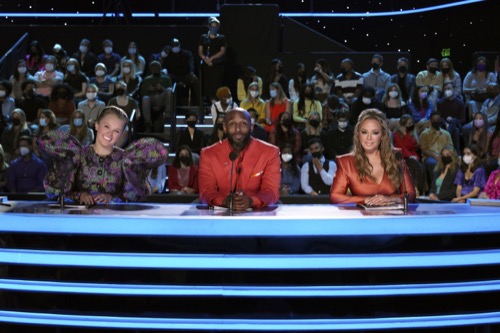 Dancers will showcase their talents in various dance styles, including contemporary, tap, hip-hop, ballroom, animation, breaking, and more, while they dance in pairs and two finalists are sent home in another double elimination.”

In tonight’s SYTYCD episode, last week, twelve became ten. The show was picking up with ten contestants and things were switched around tonight. It was brand new pairings for tonight’s episode. The contestants proved that they could dance with someone they came to trust and now they needed to prove that they can dance with anyone. Carter and Anna were up first. They were given Salsa and that worked out great for Carter because he was already Ballroom. He was used to dancing with a partner. Carter knows what it’s like to be at the bottom and he never wanted to be at the bottom again. And he said as much to his new partner.

Anna struggled with the routine. She struggled during practice and there were some mistakes while they were on stage for the final routine. What saved them was the sexiness. The sexiness and the amazing spins. Carter carried this dance. The only ones who didn’t see that were Leah and tWitch. Leah thought Carter was being too technical. She didn’t buy his side of the story and in that essence she was right. Carter was a little too happy onstage. He didn’t display the same sexiness as his partner. tWitch said that Carter didn’t fully buy into the story of the dance and that’s why he fell a little flat.

But both Leah and tWitch thought Carter could improve over time. Now, the second pairing was Essence and Waverly. They were dancing Bollywood. They’ve both been at the bottom and so they hit the stage with a special kind of fire. They kept up with the fast pace of the dance. They told the story in their body language. They had been worried before about standing out and they each were able to do so during this dance. They were peacocks the way they looked so beautiful. They were some technical issues because this dance was neither of their fields. And so it was the energy that saved them with the judges.

The next pairing was supposed to be Beau and Jordan. Only Jordan was feeling sick. She wanted to take her symptoms seriously and so she didn’t dance during practice. She stayed home until she knew she was safe from covid. Beau instead danced with Koine during rehearsals. She was a finalist. She was just there this week helping out until Jordan came back and Jordan and Beau barely had time to practice before they had to go onstage. The dance could have been full of inconsistencies only it wasn’t. Beau and Jordan pulled an excellent job with the dance. They showed emotion. They showed skill. And the fact that they had so little time together goes to show how talented they are that managed to pull it off.

Keaton and Ralyn were the next pairings. This week they did African Jazz. Neither of them had ever done that before and so tonight was first. It was great that they had good chemistry. Ralyn had a crush on Keaton. She thought he didn’t know about it and he did actually. He noticed all her flirting. He doesn’t feel the same way and yet he never made fun of her. He just was her friend. They ended up dancing wonderfully together. They really amped up the audience. It was clear that they did their homework on this dance and the cultural representation they were carrying out. And Jojo said it best when she called them “perfecto”.

The next and final routine brought things back to the United States. They were dancing on Broadway. Thiago and Alexis were the final pairings. They’ve danced together before. They were partnered up during Choreography week. It was therefore great for them to partner up with a friend and it showed in their dancing. Alexis brought in a little masculine and Thiago brought in a little feminine. It was great to watch. The judges enjoyed it, but there was some criticism. Some felt there were technical errors. Another thought they didn’t live up to the dance, as well as they, could have and it all came down to both Thiago and Alexis in the bottom four.

The other people at the bottom were Carter and Jordan. They all danced really well. Except two people had to go home. And the people going home tonight were Jordan and Thiago.

They did their best but their time on the show has come to an end.