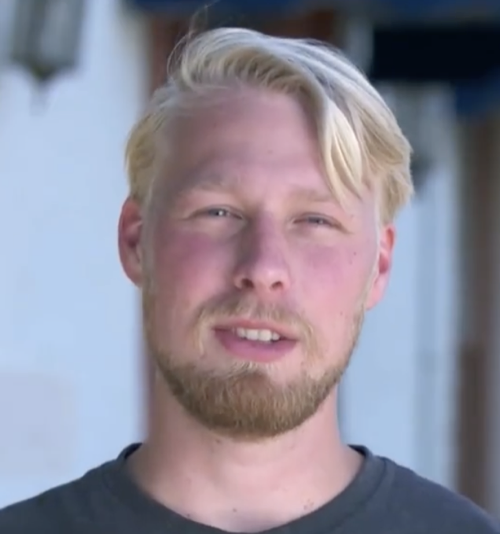 Tonight on TLC their reality show Welcome To Plathville airs with an all-new Tuesday, August 2, 2022, episode, and we have your Welcome to Plathville recap below.  In tonight’s Welcome to Plathville season, 4 episode 12 Finale called “Everyone’s Invited,” as per the TLC synopsis, “Ethan, Olivia, Micah, and Moriah celebrate Ethan’s birthday in Jamaica! The trip takes a turn when Micah and Moriah confront Olivia about her issues with Kim.

Barry arranges a river trip, but when Olivia hears that Kim is going, she makes a tough decision.”

In tonight’s Welcome To Plathville finale, some of the family traveled to Jamaica to celebrate Ethan’s birthday. It started out as a work trip. Olivia had to go to Jamaica for work because she was photographing a wedding down there and so she turned that work vacay into a birthday celebration for her husband. She invited Ethan to join her. Micah and Moriah also went. The younger siblings had never traveled outside of the United States before and Jamaica got to be a nice treat for them. Moriah also enjoyed herself because the drinking age in Jamaica was eighteen. She was almost twenty. It stopped her from drinking in the US and allowed her to be freer over the border.

The siblings didn’t have to worry about a designated driver because they had a driver. Her name was Nicole and she went by Nikki. She drove them everywhere. She even taught them some of the lingoes. It was “yeah, mon” instead of “yes” down there. The vacation was also fun because Ethan let go of some of his hang-ups. He just relaxed while on vacation. He went into the water. He and his family had a small party on the beach around a campfire. Ethan got to dance with his wife. He was truly enjoying himself and it was Olivia who couldn’t let some things go. Olivia thought about her mother-in-law while she was down there.

Olivia doesn’t get along with Kim. She blames Kim for a lot of the harassment she received back in Cairo. She did everything possible to create some distance between her and her mother-in-law. Ethan even agreed with her about Kim at one point. He thought his mother was manipulative. She was the true bully in his eyes. It’s why he was so quick to forgive his father when he got to speak to his father alone and why he initially planned on ostracizing his mother once he heard about the separation. But then he met up with Kim. Kim has gone through in the past few years. She lost children. She lost her sense of self. She was just figuring everything out right now.

Kim knew she made mistakes with Ethan and Olivia. She wanted to make it up to them. She also wanted them to know how hard it had been on deciding to get a divorce. Kim was very religious. She and Barry raised their children away from outside influences. So, her taking the step to get a divorce much less asking for one was a huge step for her. If she could do that, then maybe there was hope for her in changing in other ways. Olivia didn’t see that. She hasn’t talked to Kim in years and the one opportunity she had to see Kim on the neutral ground was wasted because Olivia refused to leave the car to join the others at Joshua’s grave.

Kim ran a tight family. Olivia called that control. She was afraid of Kim gaining the ability to control Ethan again and she knew without a doubt that she wasn’t going to let Kim control her. Only Kim wasn’t thinking about that. Kim and Barry broke the news to the younger kids that they were getting a divorce. They were discussing living plans. Kim was going to move back into the house. Barry was going to move out. He and Kim also have to come up with a schedule to share with the kids. Kim has missed out on a lot of time with them because she was too uncomfortable to be around Barry for long periods of time. And so she’s working on that.

Down in Jamaica, the family went to a Rastafari village. They learned about the culture as well as the community. They also got to see a weed plant for the first time. These were religious kids back in the day and so they had never tasted weed or even seen it until their trip to Jamaica. Ethan got to taste some. He had a blast while on it. He was laughing and happy. He was just in a really great mood. Ethan was enjoying himself. It was Olivia who had thoughts on the past. Olivia didn’t want to be around Kim. She didn’t want to talk to Kim over the phone. She just wanted nothing to do with her mother-in-law.

Olivia also didn’t seem to care how that was affecting Ethan. Ethan’s siblings on the other hand wanted to be there to support him no matter what he decided about their mother. Micah learned something from the Rastafarians. He learned to choose peace and love. He tried talking to Olivia about being open toward Kim and Barry. She was willing to forgive Barry. Why not Kim as well? Moriah and Micah both made peace with their parents. They rejected everything they had been taught and were kicked out of the house for it, but they still love their parents and their parents came to accept them.

Moriah and Micah knew that their parents would accept Olivia as she was now. They tried to talk to her about it and once again Olivia ran from the conversation. Olivia just wasn’t ready to listen to anyone on anything.