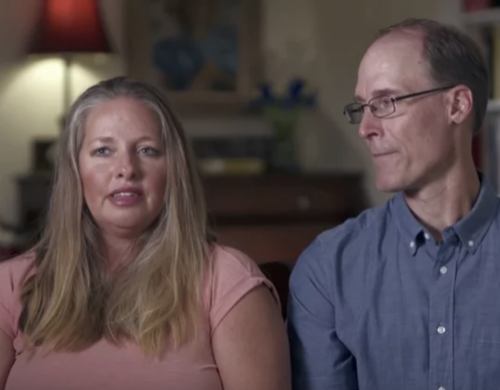 Tonight on TLC their reality show Welcome To Plathville airs with an all-new Tuesday, June 7, 2022, episode, and we have your Welcome to Plathville recap below.  In tonight’s Welcome to Plathville season, 4 episode 4 called “Double Life,” as per the TLC synopsis, “Kim and Barry’s marital issues are becoming undeniable, leaving the family reeling. Ethan keeps a secret from Olivia, but he is forced to reveal his hidden past. Moriah spends a cozy night talking with Nathan. Micah tries his first-ever Indian food in LA.”

Ethan was going back to Cairo to work on his cars. He usually makes the trip on his own and so it was different this time because Olivia decided to join him. Olivia recently mentioned that Ethan works on his cars as a way of ignoring her if not the problems in their marriage. She, therefore, tried to work against that by offering to travel with him to go work on those cars. She has never offered to do so before. She was only doing it now as a means of getting Ethan to talk and that’s good because he has things to say. Ethan bought a new car without telling his wife. His cars are his mistresses and he got another one behind his wife’s back.

Olivia had been right when she said that Ethan hides behind his cars. He does do that. He keeps doing that because there are things he doesn’t want to talk about and he knows that she does. Olivia has worked on Ethan opening up to her for years. Soon, she’ll get tired of all the tactics. Her mother-in-law got tired. Kim left Barry. They agreed to a separation and so Kim moved out. She agreed to go stay at the rental properties that were vacant. Kim once said that marriage should be looked at with eyes wide open before entering marriage and eyes half-closed during the marriage. She no longer follows that philosophy.

Kim is deeply unhappy in her marriage. She just needed to get away and that’s why she was the one who moved out. Both Kim and Barry thought marriage was supposed to last forever. They’re now realizing that their old way of doing things no longer works. They were both deeply unhappy. The marriage was falling apart and there was nothing that either of them could do to fix it. Which was different from Ethan and Olivia. Olivia is trying to fix the marriage. She keeps making an effort and Ethan keeps pushing it away. He tried tens of times to convince her to not go with him to Cairo. He kept making up excuses instead of being honest. The honest answer was that he didn’t want her to come because he didn’t want her to know about the big car.

Olivia hadn’t been kidding when she said he uses those cars to hide. He does use them to hide. Everyone but Olivia knows about the new car. They laughed about how much trouble he was going to get in once Olivia saw the new car. Even Micah knew about it. Micah was off exploring his new life in LA. He was hanging out with friends and just talking. He mentioned how strict his parents were about premarital sex. He grew up on stories of his parents not having a single kiss until they got married. And so Micah lives very differently from them because he didn’t have premarital sex and he was honest about it.

Micah was asked on a first date when was the last time he had sex. He honestly told the woman that he had sex the night before. His honesty won a few more dates with this woman. So, Micah can be deemed honest. His parents first tried to hide their problems and they only chose to become honest once they fully chose to separate. It, therefore, came as a shock to the kids when they learned that their parents were separating. The kids managed to take it very well. They didn’t cry. They didn’t ask if they were getting a divorce. They all spoke about how they’ve noticed the strain in the marriage and that their mom was spending more and more time away from the house.

Barry also reminded the kids that this wasn’t on them. They weren’t the reason why their parents were separating. The couple was just struggling right now and it was clear as the tears on Barry’s face. Barry cried when he broke the news to his kids. The last time any of them saw Barry cry was at their brother’s funeral. Only it was good to get it out. Barry had needed to cry. He was sad right now and he showed his kids that men shouldn’t be afraid to cry. Barry was being cheered up by his kids while Ethan was finally coming clean to his wife. He told her about the new car. The one he bought without telling her first.

And Olivia did not take it well.