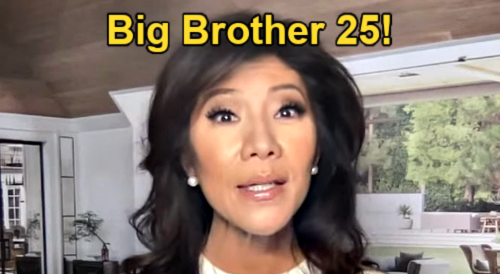 Big Brother season 25 (BB25) spoilers tease that the summer season could have some familiar faces. CBS is narrowing down the season’s theme and talking to former houseguests to discover who’s interested in returning.

The spoilers reveal that CBS is considering two themes for the season.

The first is heroes vs. villains. In a hero vs. villain season, they could bring back some of the most hated houseguests, favorites, and contestants voted out pre-jury.

CBS hasn’t revealed any houseguests’ names yet, but that should be coming in the months ahead.

We can expect to see some of the houseguests that weren’t included in Big Brother 22: All-Stars.

Big Brother 25 spoilers reveal that CBS will remodel the house, adding one more room plus a bigger Have Not room.

The BB25 viewers speculate that could mean they are planning on a more extensive cast this year.

Big Brother usually has 16 houseguests, but with another room, that could mean they will have 20 contestants.

If CBS decides on Second Chances as the Season 25 theme, we’d see houseguests that were evicted pre-jury and made it to the end but failed to win.

The BB25 fans would love to see Paul Abrahamian (BB18/BB19) return to secure a win, but it’s unlikely he would agree to come back.

For the most part, Paul has moved on from Big Brother and is busy with other projects.

Big Brother could take a page from Survivor’s playbook and do a fan vs. favorites season.

They could cast eight fans and eight favorite players. It could give the viewers what they want: new players and seeing their favorites play again.

Big Brother will announce the cast and reveal the new house in June.

BB25 fans, what theme would you like to see in the summer? Check back with CDL often for the latest and hottest Big Brother 25 spoilers, news, and updates.