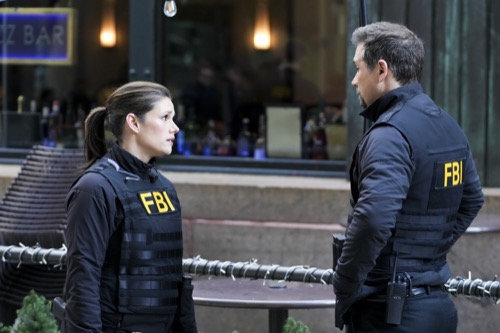 Tonight on CBS FBI  airs with an all-new Tuesday, January 24, 2023 season 5 episode 12, “Breakdown,” and we have your FBI recap below. In tonight’s FBI season 5 episode 12 called, “Breakdown,” as per the CBS synopsis, “After a mysterious bioweapon leaves two MTA workers dead and one injured, the team rushes to determine who is behind the attack and the location of their next target.

In tonight’s FBI episode, there was a device left on a public bus that released a toxic gas when it was moved. Two MTA employees was cleaning the bus at the depot when they accidentally kickstarted the device and it killed them. It thankfully didn’t go off when the bus was in motion or carrying passengers, but two people still lost their lives and their deaths was a considered a terrorist attack. Someone deployed a chemical warfare.

The bomb experts said that the device was timed to go off during rush hour when the bus was full. Only the cleaners accidentally set it off early. They saved hundreds of people by doing so and the FBI was handling the case with the seriousness it deserved.

The terrorist’s plot was foiled. But he or she will probably try again. The FBI went through the security feed on the bus. They found someone who hid from the cameras and used spray paint to black it out. They just didn’t do too good of a job because they missed a spot.

The FBI were able to pull up an operator’s badge because it was shown in the video. They connected the badge to Aurelio Martinez. They went looking for Aurelio. They checked his home and he wasn’t there. They asked his mother when was the last time she saw him. And she couldn’t give a clear answer.

The FBI next pinged Aurelio’s phone. They tracked it down to a pier where they found the phone abandoned on the ground. Aurelio however was in the water. He had been killed and dumped. Aurelio wasn’t the mastermind of the plot. He didn’t have the know how to create a chemical bomb. He also was paid nine thousand dollars the week before his death and so he went to the pier to collect the second payment when he ended up getting killed. The real mastermind must not have liked how Aurelio failed to kill a bunch of people.

Though the feds still had a lead. The toxin in the bomb was lab quality. There weren’t many labs in the city that had access to it and so the FBI went looking at all the labs. They eventually found the one they were looking for. They found the lab where the toxin was created. They traced it back to Amal Janubi.

She ran when the FBI went to go talk to her. They had to arrest her and the first thing she said was “lawyer”. She wanted a lawyer. She just didn’t want to listen to the lawyer. The lawyer had advised her to come clean about everything for a lenient sentence.

Amal refused to do so. She said she was working with Bin Zada. Its an alias. No one has ever met him in person and yet Amal signed over 600 ml of botulism because she said Americans deserved it. Amal was from a country that got torn apart when Americans intervened. She said that the bombing was happening that night and she couldn’t wait to see it. Amal was of no use to the feds after that. They put her in a cell and they went looking for this Bin Zada. They couldn’t find anyone who met in person. The last person who probably did so was Aurelio. And he’s dead.

The feds went looking for Bin Zada. They couldn’t track him down and Jubal wasn’t acting like himself. Jubal had recently heard from his son. His son had found a lump and it was worrying because his son was in remission from cancer. Jubal wanted to be there with his family, but he was instead caught up in this case and he was pushing everyone to the brink with his demands. Isobel got worried. She stepped in and she talked to Jubal about what was going on with him. Jubal explained that he was letting his personal life get in the way.

Jubal said he would calm down. Except Maggie later smelled the alcohol in his coffee cup. He spilled it when they were outside and she could smell it. She also noticed that he has been eating breath mints like his life depended on it. It was clear that Jubal was drinking on the job. Maggie has an addict for a sister and she knew what falling off the wagon looked like. She tried to talk to Jubal about it, but he denied drinking. He didn’t want to talk about it. And they had to focus on other things when they got a lead on who Bin Zada really was.

Bin Zada waws actually Hassan Nasif. He was from the same mosque as Amal. Its probably how he knew she could make the botulism. He also has a gripe against America. It was an American bomb that killed his mother in Yemen. Her name was Zada. It seems Hassan was doing all of this to avenge his mother and its why he chose anniversary of her death for the day of his terrorist attack. Hassan also had help. He was getting help from his cousin Ahmad Nasif. Ahmad recently terrorized his wife with his extremism. She hid in the bathroom until he was gone and she later told the FBI he left with his cousin in her car.

The feds went looking for the car. They were able to trace it to Grand Central Station. One of the busiest and larges train stations in New York. The feds converged on the building, but they were spotted and the cousins began using their guns to fire at the FBI. Ahmad was soon killed when he tried to escape. The other agents cornered Hassan in the lower level. They were able to injure him and they tried questioning where he put the bomb and he refused to say. Hassan didn’t care about the death penalty. He wanted to go out a martyr.

And Maggie was worried about Jubal taking the lead because she was sure he was drinking. She tried to get him to step down and he refused. He told Maggie that if she mentioned his drinking again that he’d fire. So, Maggie back down. She focused on getting to the bomb. They split up to better cover the building and it was Maggie who found it first. She was able to defuse the bomb thanks to people giving her helpful tips and the terrorist plot failed.

Both Hassan and Amal will now face life in prison.

But Maggie warned Jubal that if he didn’t get help that she would go to Isobel about his drinking. Jubal nodded his head like he was going to fix his problem and then he continued to drink. He even showed up at his ex-wife’s house drunk. And it turns out the cancer wasn’t back.

The lump was a cyst and so Jubal went to an AA meeting right after he heard the news.