HEATHER MILLS SMOKING THE SAME STUFF AS THE WWE 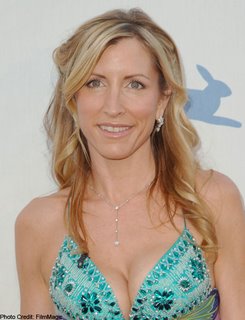 Heather Mills has outrageously alleged that Sir Paul McCartney used to beat up his first wife Linda – a claim that even her own supporters say puts a question mark against her honesty.
The former model’s extraordinary claim follows the publication of explosive divorce papers alleging that Sir Paul had attacked her with a broken wine glass. She threatened to repeat it in court.A close friend told The Mail on Sunday: “She told me that he did to Linda what he did to her. She says that staff of Paul’s told her that Linda had also suffered abuse.”
The allegation sickened friends of Sir Paul, who said the war of words between the couple had now reached a new low. His marriage to Linda was famously loving and there is no evidence whatsoever that he ever attacked her. Even friends of Ms Mills admitted the claim would make her look ridiculous.
Already Ms Mills’ honesty was being called into question yesterday. The Mail on Sunday has learned she has told friends that police were called on several occasions during fights with Sir Paul – but police appear to have no records of such incidents.
Writer and vegetarian campaigner Carla Lane, who was one of Linda McCartney’s best friends, said: “That’s nonsense. I haven’t said anything about Paul since all this blew up but I can’t let that pass. I was very close to Linda and I know she would have confided in me if anything like that had happened. It’s just not true.”
Sir Paul’s former publicist Geoff Baker said: “It’s the most ridiculous thing I have ever heard in my life. How long is it going to be before she falls into the sewer that she seems to be making her home?”Everyone knows, and it goes without saying, that Paul and Linda had one of the happiest marriages in showbusiness. In my opinion, Heather Mills is now making a bid to become the vilest woman in Britain.”
And a close friend of Sir Paul’s said: “It’s a horrible thing to suggest and Paul will be very upset. He doted on Linda and she doted on him. It’s just not in his nature to do that.”
READ THE FULL STORY HERE