Amy spends night in cells in Norway for having drugs 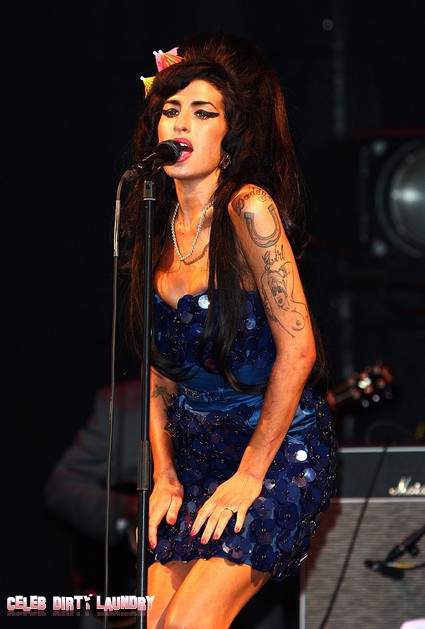 Amy Winehouse and her husband spent the night in police cells after being arrested for drug possession in Norway.Winehouse and husband Blake Fielder-Civil were released this morning and fined about $700 each for having 7g of marijuana. She spent this morning recovering at Hotel Norge’s luxury spa, according to reports. “She has ordered a lot of champagne to the spa area,” a hotel source revealed.

Police swooped on the couple and an unnamed British man around 7pm last night at the Radisson SAS Hotel Norge Bergen.
Both were quizzed in the early hours and locked up in separate cells at a police station. They were released at 7 am today.
Bergen police confirmed today that they confiscated a quantity of marijuana found in the singer’s room. A spokeswoman said: ?She is no longer at the station. We released her after questioning her yesterday night. ?We found a small quantity of marijuana in her room. A small team of local officers were involved. Both individuals were very co-operative.?

Hotel staff alerted police after smelling marijuana smoke emanating from the singer’s room yesterday as she enjoyed a day off from her European tour. Police lawyer Mr Lothe told Norwegian media: “We received a safe tip which made us rush to the hotel. There the three were arrested and brought to the police station.” A witness said: ?There were four police cars parked around the back of the hotel yesterday for some time so it looks like they were waiting for the right moment. ?They were in and out of her room very swiftly and didn’t make a fuss.? ?It had been quite obvious that they had been smoking some strong marijuana in their room and guests had complained so the hotel took action.?

The source continued: ?Hotels can be discreet when it comes to smoking a bit of pot, but when you make it so obvious to the other guests they have no choice but to raise the alarm.? Source