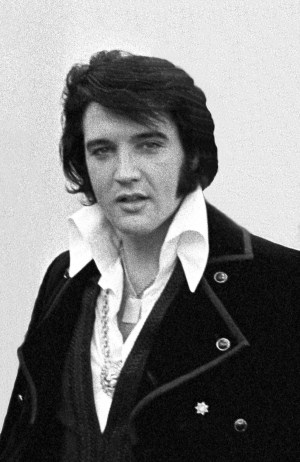 “Viva Elvis – The Album” is inspired by the Viva Elvis Cirque Du Soleil production in Las Vegas and will feature the voice Elvis Presley in a new context.   Adam Block, senior vice president of Legacy Records, said the album – which is to be released in November, three months after the legendary singer would have reached the milestone age – is hoped to make the work of Elvis appeal to a new generation of fans.  He said:

“Viva Elvis is a tantalising musical experience. It’s so creative and so contemporary, it effortlessly places Elvis in a current context that appeals to fans of all ages and all kinds of music.    “There’s a freshness, a newness to these songs that grabs you and shakes you and ultimately testifies to the remarkable artist Elvis remains to this very day.”

The record will feature unknown tracks from the King of Rock’s rise to fame, as well as transformed versions of classics such as ‘Love Me Tender’, ‘Suspicious Minds’ and ‘Blue Suede Shoes’.  In 2008, Elvis – who died in 1977 – topped the list of highest earning dead celebrities, after making $52 million in just one year thanks to increased record sales and income from his Graceland estate.