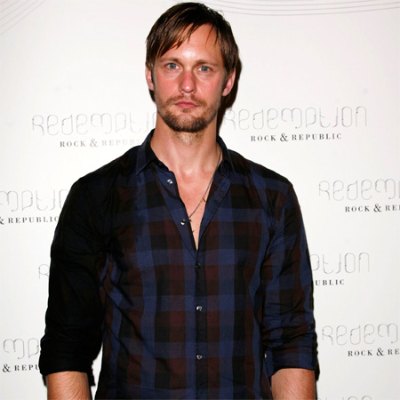 If you’ve ever seen Alexander Skarsgard slink around the screen as the hot sheriff of area five on True Blood, we’ve got the dirty details.

Eric Northman’s hot blond viking character is based on Alexander’s own inspiration of how a lion would act and react.

He said, “I wanted to underplay it a bit and make it real. At the same time, I try to find that animalistic quality, and the element of danger. I was fascinated by the male lion on a documentary, the way he moved, the confidence. When he just sat down and looked straight at the cameraman, he did absolutely nothing, but for a second you didn’t know whether he was going to yawn and fall asleep or pounce. I thought it would be interesting to try to find that. You don’t show your teeth, you don’t say anything, you don’t show it. It’s the not knowing that’s interesting. Anything could happen.”

Here’s some more Eric Northman goodness, just for you:

I’m insatiable…he’s just so hot! Are you Team Eric?