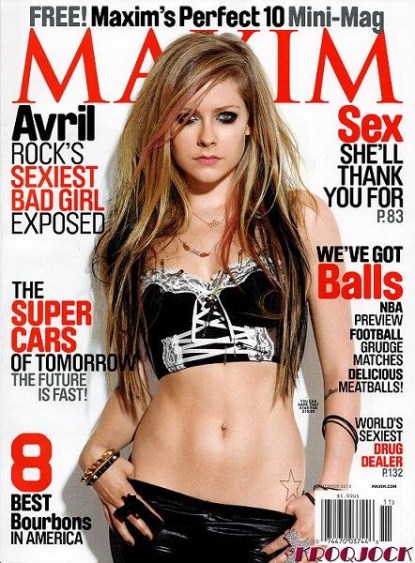 Canadian singer  Avril Lavigne graces the cover of Maxim magazine November 2010.  Avril is a surprising pick for the cover – generally very sexy voluptuous girls are the cover girls of choice for Maxim.  Somehow sexy and Avril don’t usually go in the same sentence.   Considering that Anna Kournikova was last month’s cover girl a strange choice.  What do you think? Meanwhile Avril recently revealed that she is so obsessed with cooking that she asked her family to buy some utensils for her as birthday present.

“I’ve always been obsessed with cooking. I can make anything,” people.com quoted Lavigne, who turned 26 recently, as saying. “I got some spatulas with skulls on them and some fun stuff for my kitchen.”

Avril Lavigne’s twenty-sixth birthday was September 27th, 2010 and she celebrated in style.   She traveled to Las Vegas with six friends to celebrate at Sapphire’s strip club. She got a few lap dances from the club’s male entertainers and then proceeded to return the favor on one of them, dancing for him for about ten seconds.  Avril’s current boyfriend Brody Jenner was not on hand. 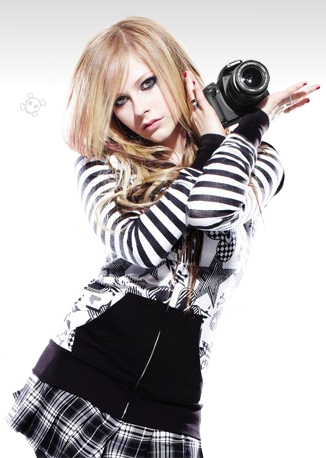