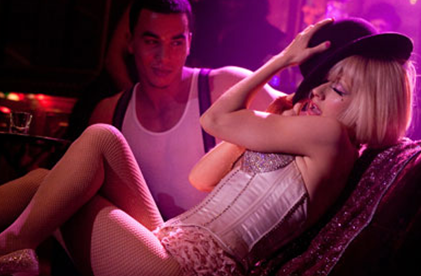 Christina Aguilera who turns 30 today has said she wants to act in  more movies.  Christina made her acting debut in ‘Burlesque’ where she stars alongside Cher.  Christina who is in the process of divorcing her husband Jordan Bratman says that now that she has turned thirty she wants to start a new chapter in her life.

In a interview she said  “I would like to do more film in the future, maybe a departure from the musicals. I’ve definitely caught the bug a little bit!”   “In this business, people get really scared of age but I wear my wounds as something I’m proud of. You learn so much more about yourself and now I couldn’t even imagine being 20 again. I really wouldn’t want to be, to be honest, going through all the growing pains.   “Now I just feel that I’ve arrived at a place where I’m experiencing a lot of change for myself in a great way. I’m growing as a person and as a woman, and I think that this is the beginning of a new chapter for me.”

Burlesque, the movie she is currently in is suppose to be a flop – weak plot.  I have not seen it yet but rumor has it Christina is not very memorable in it either.  Perhaps she should reconsider her “acting bug”.   As to moving to another chapter in her life, looks like she already has – a second after she split from her husband she had a new boyfriend Matthew Rutler.  Anyway, Happy Birthday Christina!