Corky Ballas Is Returning To DWTS & Guess Who He Is Partnering With? 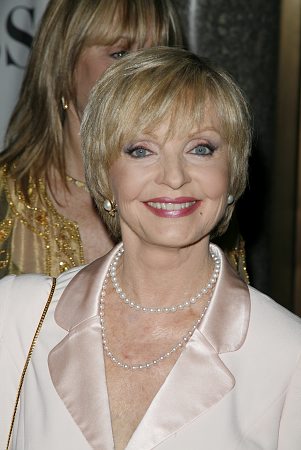 Great news Mark Ballas’s father Corky Ballas a semi-retired ball room dancer is returning to Dancing With The Stars Season 11.    Corky Ballas last partnered with Cloris Leachman on DWTS in 2008 and it was great.   Watching the two of them together was like watching an old “I Love Lucy” show with Ricky and Lucy squabbling.

Corky, 49,  will be back this season and he will be partnering with Florence Henderson, 76.  Florence seems like a classy lady and I am sure her and Corky will be great together.

It makes us smile to think that there will be at least a touch of class-some genuine good nature and pleasant behaviour-on the show.  There comes a point when overt displays of promiscuity, substance abuse and general out of control self destructive behaviour gets to be a bit too much.  How many Lindsay Lohans, Paris Hiltons, Heidi Montags & Spencer Pratts do we need in order to convince us that the grossly immoral and  libertine ways of a large segment of today’s “stars”  have gone much further than we need.  There comes a point where scandal and titillation gets boring-is the routine rather than the exception and we are well past that point today.   We are relieved to see Carol Brady/Florence Henderson on board this season.