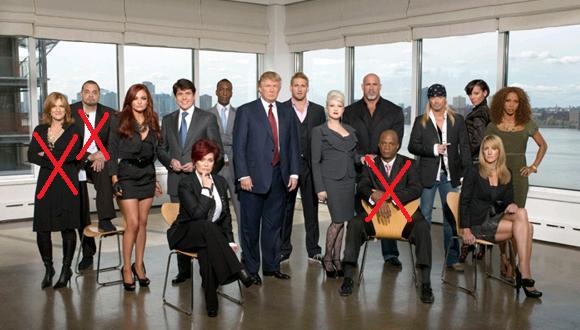 Another week, another episode begins and Bret is still whining! This week the teams on "The Celebrity Apprentice" have to create a four-page advertorial for a new product from two personal-security companies. Summer gets a headache as the project manager when Cyndi can’t stop herself from asking questions over and over again. Rod turns the show to x-rated when he says that he thinks the men "prematurely ejaculate" and need "more foreplay".

The execs tell Trump that they’d have to do major changes on both ads to actually use them, but in the end, each team has a very different interpretation of the task and the Norton 360 and LifeLock executives choose their favorite sending the ladies to victory while the men head to the boardroom. After a surprise turn of events, Darryl must have something to do back at home, cause all this pretending to work like regular people is tiresome, even for charity.  Darryl asked the Donald to fire him and so he does.