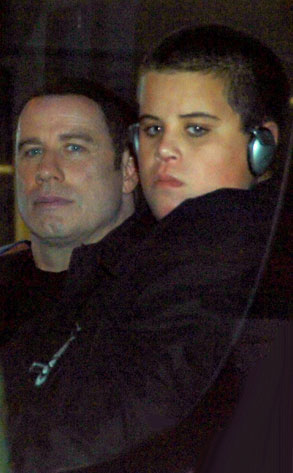 Tarino Lightbourne – who was one of the medical team who went to treat 16-year-old Jett after he suffered a seizure on January 2, 2009 – believes doctors at the Bahamas beach holiday apartment tried to cover up his death to “make a lot of money”.   Upon arriving at the resort, Lightbourne claims he saw a group of “white people” and a Filipino couple – Dr. Romeo Fernandez and his wife Emma – who run a private clinic close to the resort trying to revive him, despite the fact rigor mortis had already set in.

He said: “The doctor said he had suffered a seizure and hit his head when he fell. I asked how long ago, and he said, ‘A few minutes.’ ”  However, when he checked for signs of life, Lightbourne was surprised by the diagnosis because of the condition of Jett’s body.   He said in an interview with the Daily Mail newspaper:

“The boy’s eyes were fixed and dilated, I noticed dry blood stains around both his ears and nostrils and the sides of his mouth and the body was already in a state of rigor mortis. That usually happens about three hours after death.  “With my back turned to the other people in the room, I whispered to the doctor, ‘This boy is dead. Why don’t you call it?’  “Dr. Fernandez said, ‘I know, just continue with CPR.’ ”

Later, after Jett had been put on a spine board to make heart compression easier, Lightbourne claims he overheard a discussion among the other men in the room.  He heard them remark, “Gentlemen, do we have an agreement? We can make a lot of money out of this.  Everybody remain quiet and we can make a lot of money.”  Lightbourne was told he would be able to retire on the possible money made – as someone was responsible for Jett’s death and the Travolta family would be keen to keep such news quiet.

He alleges the group may have been celebrating New Year (31.12.08) and a drinking session got out of hand, leading to the death of Jett, who was autistic.   Earlier this month, John Travolta dropped an extortion case against Lightbourne and his lawyer, former Senator Peasant Bridgewater, because of the “great emotional stress” it had put his family through.