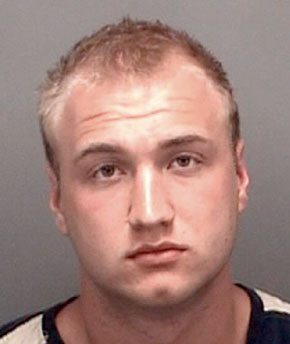 Nick Bollea is like a Jersey Shore cast member but worse – he was raised on an expensive diet of bullshit fed to him by parents who clearly ascribed to the school of “if we spoil the little rat maybe he will love us.”  Well Hulk and ex-wife – you screwed up big-time!  You produced a spoiled moron who’s only ability is to crash cars, drink and take drugs, speed and break the law… oh yes, one more thing, turn a war veteran, who happened to be riding with you without a seat belt while you raced down the freeway, drunk, and crashed, into a paraplegic cripple for life.

For this crime you received a typical son-of-celeb justice 8 months in jail.  Can you believe that?  Can you imagine that this horrid example of humanity did a whole 5 months in Pinellas County?  What a joke.

Now the rotten apple is training for a wrestling career since his first choice, car racing (believe or not!!) seems rather out of the question.  I assure you that I will never attend a match or watch a match featuring this disgusting person and neither should you.