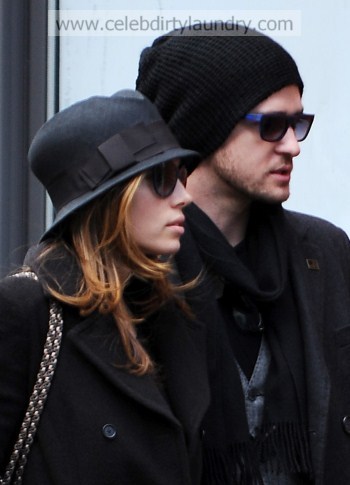 Jessica Biel & Justin Timberlake, who have been dogged by suggestions their union is close to breaking up for some time, have called it quits.   A source told the Sunday Mirror newspaper: "Justin truly thought he’d found the one in Jessica and she felt the same. But the relationship just didn’t seem to go anywhere.  "They’ve both been working incredibly hard and will remain friendly – but there’s no more romance.  "It was mutual and they agreed it was best to part ways if things weren’t going to head towards marriage and kids. They are both incredibly busy.

"They both knew things were going to end for ages – it was just a matter of when." Justin is currently filming new comedy movie ‘Bad Teacher’ with his ex-girlfriend Cameron Diaz, and the pair have been enjoying their time together, sharing jokes and getting on better than ever. The source added: "Cameron was the one who got Justin into the film. She wanted him from the start.

"There’s even been steamy love scenes and lots of kissing included in the script. They’re having a blast together."   Justin’s music career has taken a back seat to acting recently, and he has also filmed the role of Boo-Boo in a new big-screen adaptation of ‘Yogi Bear’   The film’s director Eric Brevig recently admitted Justin has "nailed" the role. He said: "We heard that he wanted to do the voice, and I thought, ‘Oh, great,’ because everybody thinks they can do Yogi and Boo-Boo."But when we met with him for the first time, he did the tiniest little amount and it was like, ‘This guy has got it nailed!’ "  Phop: Fame Pictures