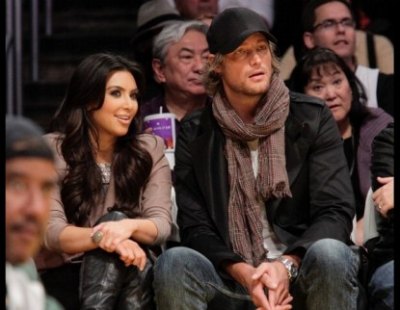 Yesterday, after seeing Kim Kardashian at a Lakers game with Halle Berry’s ex-boyfriend, Gabriel Aubry, we were sure that they were a couple. The two looked super flirty as they sat next to each other, prompting us to wonder, “What does he see in her?!???”

She said, “Gabriel Aubry, he’s so nice he’s a friend of Kim’s…just friends!”

Thank God for the little things, right? I hope he has more sense than to date a Kardashian. She just seems so beneath him. What do you think?