Michael Lohan Fights Against the Obituaries! 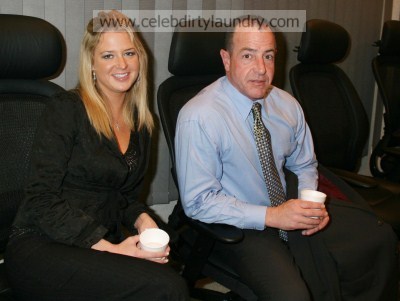 Michael Lohan held a press conference at lawyer Randy Zelin’s offices office in Westbury Long Island, New York on March 30, 2010 to speak out to his daughter actress Lindsay Lohan about her current situation.   Lindsay’s father is concerned with her life style and is reaching out to her to go into rehab after recently been seen struggling out and about with friends.   Michael said the only way to stop him from saving his daughters life is" to kill me".

Michael is reacting to the press and media coverage of his troubled daughter.   The press is rumored to have started writing the young actresses Obituaries because of her recent actions, which has everyone under the impression that she might have an addiction problem.   Former Star magazine reporter Kate Major accompanied ex-boyfriend Michael during these hard times.  Photo: Fame Pictures