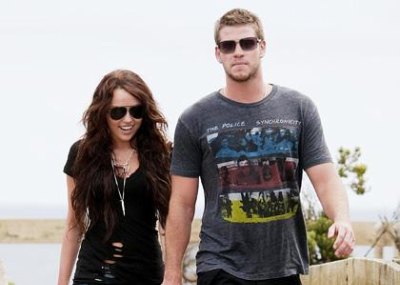 Miley Cyrus and her Australian boyfriend, Liam Hemsworth have split up!

A source close to the hot Aussie piece confirmed the news saying that they have broken up quite recently. The Hemsworth pal said that he’s “completely single”.

The twosome met on the set of their movie, The Last Song, and have dated ever since. I guess he must’ve gotten sick of her demanding ways and called it quits?

She should totally go back to Justin Gaston, he was hot HOT. Maybe all of these hot guys she’s dating have come to the realization that it’s not worth it and she’s a total brat?