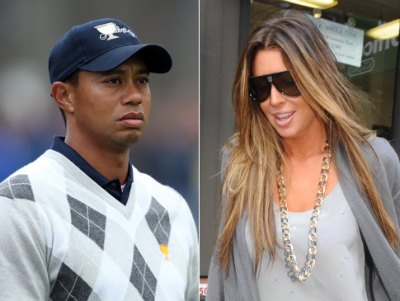 Not only did Rachel Uchitel get bumped from doing her first offer for Playboy by Tiger Woods, but she was offered a second chance to pose nude for the publication. This one, however, she turned down herself.

A source close to Rachel said, “The magazine came back to Rachel recently with another generous offer to appear in the magazine. At the time, Rachel had started to date a new man, and she was embarrassed to go ahead with the spread, because she was afraid that it would upset him. She didn’t even tell the guy at the time, but felt uncomfortable, because she believed it would have been detrimental to a relationship that she would rather pursue than being on the cover of a magazine naked.”

According to RadarOnline, Rachel told friends, “I’d rather take a leap of faith and give this guy a shot!”

That romance, however, didn’t last. But don’t think that she’s mad about giving up the opportunity to show off the goods. The pal said, “She is happy with the decisions she made.”

Should she have gone through with it? What do you think?