Rip Torn Is In Big Trouble Again On Old Charges 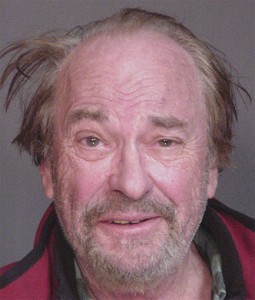 The great character actor, Rip Torn is in big trouble again on old charges.    The 79-year-old will have to make another appearance in court after a judge refused to let him avoid charges of breaking into a bank while drunk and carrying a loaded gun.   The decision means the Oscar-nominated star faces a mandatory minimum of one year in jail if convicted of carrying a pistol without a permit, unless he makes a plea deal for a lighter sentence or a mental health evaluation allows him to enter state-monitored treatment.

Torn’s lawyer today asked the court to put the charges on hold in return for Rip being placed on probation and entering a rehabilitation program.  If Torn completed the program the charges would be scrubbed from the books.  But the judge said the charges against the veteran of Hollywood and Broadway were too serious for such light treatment.  Torn, who was not called on to speak during the hearing, sat alongside his lawyer in the mostly empty Litchfield, Connecticut Superior Court.  The former Larry Sanders Show star is pleading not guilty to charges of trespass, carrying a weapon while intoxicated, carrying a weapon without a permit and criminal mischief.  Imagine the gall on this lawyer/client duo – Rip is on camera shown doing exactly what he was charged with.  A more serious charge of burglary was dropped, after state prosecutors said there was no intent to commit a crime since Torn was intoxicated and not aware he was inside a bank!   Now that is drunk!! – how can you be able to move if you are that drunk?  He didn’t know he was in a bank? – he thought he was home??

Torn’s lawyer, Thomas Waterfall, told Judge James Ginocchio that the actor had made significant progress in dealing with his alcohol consumption since January, when police found him wandering alone inside a branch of BanCorp after an alarm was triggered.  Waterfall said Torn has completed a two-month intensive inpatient alcohol treatment program and five months of counseling, attends Alcoholics Anonymous, is resuming his acting career and has disposed of his guns.  Well that is a relief – we really do not want anybody who gets drunk enough to mistake a bank for their home carrying loaded guns or even owning guns.  “This is embarrassing. Mr Torn likes to be known for the Men in Black movies and the good, positive things he’s done in his life, not this. So I think that in and of itself is a deterrent,” Waterfall told the court.  Litchfield’s state attorney, David Shepack, responded: “There’s some indication here that even when supervised, alcohol is still a problem.”

The actor – who has a very long list of roles, ranging from Bonanza to 30 Rock – has claimed he was confused and thought the bank was his home, which was nearby. Police found Torn’s boots and hat neatly placed by the door.  The judge denied the request to enter the rehabilitation scheme, on the grounds that Torn had already been admitted to an alcohol education programme in 2009 to avoid a drunken driving charge in 2008, after he was stopped while driving on the hard shoulder with a Christmas tree tied to the roof of his car.  “To be that intoxicated, to have a loaded weapon on you, into a bank, to me would be a violation of the program,” Judge Ginocchio said.

Torn will appear in court again on 15 September.  We love Rip Torn’s acting – he is definitely one of the funniest men ever on TV – in some of the episodes of “The Larry Sanders Show,”  Rip Torn had me laughing out loud repeatedly – he is a very talented actor and it is a shame that he has succumbed to alcoholism to such a degree.   We wish him the best in his recovery process.