Sandra Bullock’s Husband Cheated On Her? 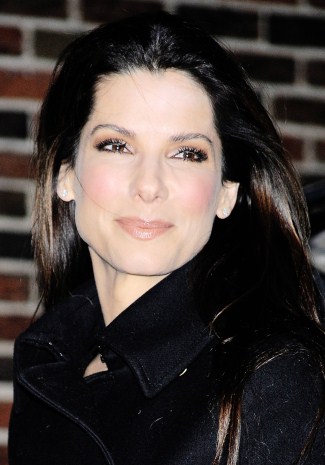 Motorcycle enthusiast Jesse James reportedly told Michelle ‘Bombshell’ McGee his marriage to the actress was over and romanced her while the actress was away filming ‘The Blind Side’ – the film which won her the Best Actress Oscar.   Michelle – who nicknamed Jesse ‘Vanilla Gorilla’ because he was so "well endowed" – said: "I would never have hooked up with him if I thought he was a married man. He gave me the impression they were separated."

Recalling their first meeting – which took place after Michelle emailed him enquiring about the possibility of modelling for his West Coast Choppers business – the brunette beauty says Jesse made it clear he was interested in more than just working with her.   She said: "I got there around 9 at night. I was like, ‘Holy s**t. It’s really Jesse James.’ "   Jesse, 40, took Michelle on a tour of his garage, before taking her into his office and locking the door.

She added to America’s In Touch Weekly magazine: "We ended up on the couch. He wanted to watch movies, but I asked him, ‘What’s going on with you and Sandra?‘ He said, ‘She doesn’t live here. She has a house in Austin. She is filming, and I can’t talk about it.’ "   Michelle says they had sex "two or three times" that night and from that point, began texting each other several times a day and met up at least twice a week for the next five weeks to sleep together.

Jesse – who married Sandra in July 2005 – recently spoke of his pride in his 45-year-old spouse after she won the Best Actress prize at the Academy awards earlier this month.   He said: "It’s a once-in-a-lifetime opportunity to support my wife and her work. She does it all the time for me. She goes to Mexico, to the desert, to the hospital – a lot – to support me and my work. The least I can do is put on a suit and support her.   "She’s beautiful. She’s amazing. She takes my breath away. Sometimes I look at her and I do, I just lose my breath.   "I’m so proud of her. Nobody deserves this more and works harder. She’s old-school Hollywood – just gracious and a star who’s so much better than you expect them to be."   Sandra was due to fly into the UK next week to promote ‘The Blind Side’ but it was announced this morning (17.03.10) that the premiere and all other promotional commitments had been cancelled.  Photo: Fame  Pictures