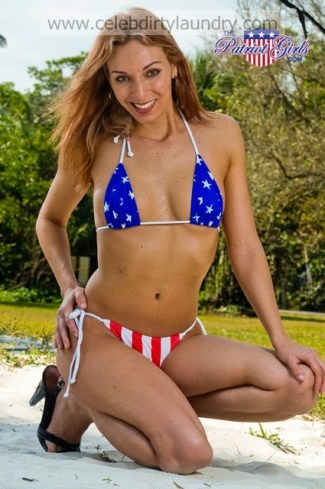 After appearances on Fox News and the CW Network, Spokesmodel, NWA Pro Wrestling Fusion Superstar, and professional wrestling personality, Amy Vitale, is hitting the pages of National Publications proving why she is truly a Diva.

*Amy Vitale appears in the April 2010 edition of Playboy Magazine, Amy reveals her pick in "My Favorite Playmate".   "I am truly honored to be in Playboy Magazine to not only be seen by Mr. Hefner himself but also have my name alongside other celebrities that have graced the pages. " said Amy Vitale.

*Amy Vitale is featured in the "Independent Spotlight" column for the June 2010 issue (currently on newsstands) of Pro Wrestling Illustrated (PWI). First printed in 1979, PWI (published by the Kappa Publishing Group) has become the most recognized magazine source for professional wrestling news.

* Red Skye refers to itself as the "World’s Only Comic Book Company Featuring The World’s Hottest Models." To live up to its reader’s expectations, Red Skye Comics just released "Aurora Stone" featuring none other than Amy Vitale.

*Look for more photos of model Amy Vitale in upcoming issues of "Mob Candy Magazine, The Entertainment Magazine of Mafia Power, Pleasures and Politics." In addition to the magazine, there is a website at http://www.mobcandymag.com which provides editorials, a photo gallery plus reviews of books, movies, wine/spirits, and restaurants.

"I am humbled by all the great coverage as of late and 2010 looks to be a year I will not forget. I want to thank Eclectic Media Productions for making a lot of this happen." Said Amy Vitale.