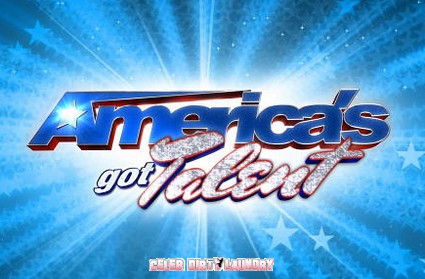 Welcome to the recap of America’s Got Talent – tonight’s episode is brought to you by Rosie over at Fit Fab Celeb.  If you missed last week’s episodes, you can catch them here.  Before we begin tonight’s recap, we must first make honorary mention of our favorite act last week,  Geechy Guy, a Stand Up Comic. Check out the video below and tell us what you think…

Host Nick Cannon starts the show with a spoof of being in the world’s largest aquarium and getting eaten by a shark! Love this guy.  Tonight’s show is in Atlanta, all the hopefuls are ready to go.

First up, is Hershae Chocolatae, a Drag Queen with talent bursting at the seams! Pierce pressed the infamous X buzzer, both Howie and Sharon were on their feet dancing along with the crowd. Pierce says he must be missing something here and Sharon says, “Yes, a sense of humor!”.

Some other acts that made the grade: Summerwind Skippers Jump Rope Team, The Fiddle-heads blue grass band and 6 year-old DJ Face.

Next up is The Attack Dance Crew, hip hop dancers dancing to Justin Bieber’s Baby Baby. Pierce loved the look, very fresh and cutting edge. Howie said it looked like a cheerleading team, he gets booed by the crowd. Sharon gives them a yes, it’s off to Vegas.

This next act is just ridiculous, it looks like a pancreas with lips driving a unicycle! Weird. Things in Atlanta just kept getting stranger with a robotic idiot, guy that hollers, Mr. Shake It Up – a 50 something guy shaking it on the dance floor which just about made me sick with his gross gyrating.

Married couple, Captain & Mable giving us 90 seconds in their life. The big highlight is the Captain swallowing a hanger – this was just one stupid act. Thank goodness Pierce had the sense to hit the buzzer. Howie said it was disgusting but their is a pace for side shows. Sharon gives a thumbs down, Pierce has a change of mind. The Weirdos are off to Vegas.

The next act promises to make love to millions, Armand and Angelina singing rock opera. They sing My Heart Will Go On by Celine Dion and they absolutely massacre it, this titanic is going down! Pierce and Sharon gave them X buzzers. Howie said it was so ridiculous that it was wonderful and gives them a yes. Pierce gives them a no and Sharon has a change of heart and gives them a yes, they are off to Vegas and the crowd is going insane booing the Titanic duo.

The Atlanta auditions are nearing to a close, the last act up is 11-year old, Anna Graceman performing Alicia Keys’ song, I’ve Got You. Wow, this girl is awesome! It’s a standing ovation from Sharon and Howie. The judges called her amazing, raw talent, lots of promise and an old soul with an amazing gift. It’s off to Vegas for Anna.