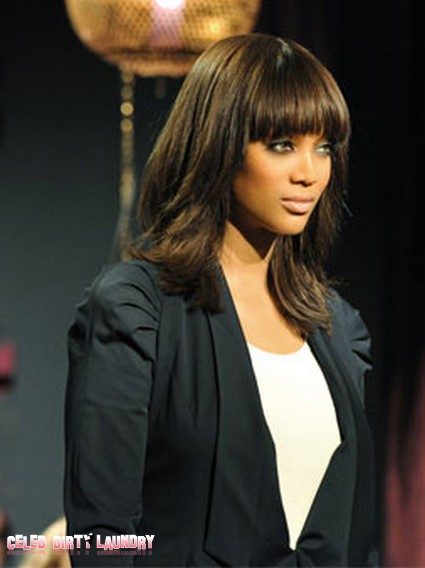 Tonight is a whole new episode of America’s Next Top Model All-Stars and the competition is getting fierce we are down to the final three all-stars.  We are in Finale week and it’s down to Angelea, Lisa and Allison.   Stay tuned as we cover the official recap of show with up-to-the-minute details.

Last week the judges had a difficult time making a decision and spend most of the time bickering about who would be eliminated.  This was the first time the judges could not agree on a person to eliminate.  Finally they decided to eliminate by favorite player Laura, 22, from Stanford, Kentucky.   If you missed last week’s episode you can read our official recap here.

Official Episode Synopsis: THE FIRST EVER ALL-STAR WINNER IS CHOSEN – The women participate in the final photo shoot and a challenging runway finale that includes flying and modeling under water. Jay Manuel joins André Leon Tally, Nigel Barker and Tyra Banks for the final judges’ panel, where America’s Next Top Model All-Stars is chosen.

Rumor has it Angelea wins tonight and I really hope not.  I really do not see her doing well in the model world.  She has a bad temper and has lost it several times in the All Star season.  She needs time to work on that.  I am rooting for Allison now that Laura is gone.  Allison has consistently had good pictures.  Who are you rooting for tonight?

Tonight’s episode: Lisa cannot believe how far she has gotten in the competition and neither can we.  But of course in Lisa fashion she feels that she should be where she is because she has been working towards this all her life.  Angelea is glad she is till here and Allison thinks that this would be the perfect fit for her. since she works behind the camera in her daily life.

Lisa thinks Angelea is her biggest threat, well in my opinion Angelea should not be here. The models are still in Greece where they will be shooting their Cover Girl ads.

Representing Cover Girl is Paige Cali and she is on the set checking out all the action.  The photographer for the shoot is Niko Papodopolous.  Mr. Jay gives them their scripts and he tells them not to watch the tele-prompter.He just wants them to be natural and use their let their personality show.

Paige loves Lisa’s personality but her performance is not strong.  Allison is up next and as usual her eyes are stunning but she has the same problem that has plagued her all season.  Her eyes are too sensitive and she squints. She tries her best to work through it but it is difficult because they are doing close ups.  She gets very upset.  I really hope she can keep her eyes open, they are so stunning.  Allison hopes that the Cover Girl rep sees how determined she is.  They end up getting a great picture of her.

Angelea is next and she is great, it is hard to believe she is the same person.  She does a fantastic job and Lisa is surprised because she did not think Angelea could do it.

They go to shoot the Italien Vogue spread and the cover.  Angelea is nervous, she knows she has to do a good job because she has been in the bottom two several times already.

The girls will be stomping it out and they will be wearing the dresses that they designed at the beginning of the cycle with Michael Cinco.  The girls also find out that Shannon, Laura and Dominique will be walking the runway with them.  Although Allison is nervous, Laura does her best to bolster her.

The girls find out they will also have to model underwater and Angelea is terrified because she does not know how to swim.  The girls are told they must swim to the Runway show and I can understand why Angelea is nervous.

The models walk first, then slowly descend into water, then walk under water, swim in the water, put on a harness, fly, walk the runway, then skip on the runway to the songs that they wrote.  All the models have fun.  Lisa is her usual arrogant self and has a few problems, Allison gets scared and is kinda geeky but looks beautiful and Angelea gets into it when they play her song.

OMG, talk about a shock the girls get to panel and Nigel Barker announced that Angelea is disqualified from the competition.  What the crap, and we lost Laura last week… ughh…

So we are down to two girls Lisa and Allison.  The judges felt Allison’s performance was okay but she really needs to work on her walk.  Even though Allison could not open her eyes in her cover girl commercial she look beautiful.   I guess closed eyes are not bad when it is eye shadow you are selling.  Lisa’s runway performance was better than Allison’s but her underwater was not.  Everyone loves Lisa’s Cover Girl commercial except Tyra who would have loved to have seen more.

Neither girl does amazing with their photo, with Alison they are not clear what she is selling and Lisa has an eye closed.  So it is down to they portfolio from the All Star season.

I am rooting for Allison but I fear it will be Lisa.  The judges deliberate!

What do you think?  Is Lisa your winner… Poor Allison she said she was tired of being a runner up in the beginning of the show.  I think she would have been a better choice than Lisa but……

Check out the video below of the ANTM winner being chosen!