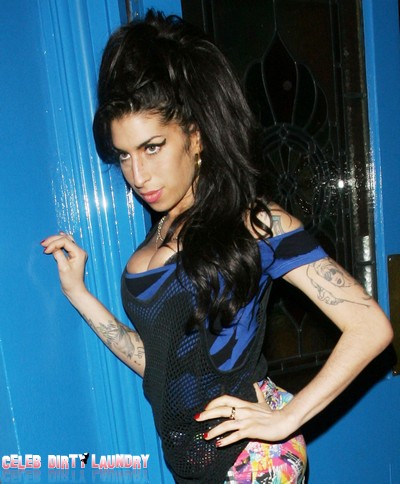 Amy Winehouse had more than five times the legal limit of alcohol, (drinking and driving) in her blood when she died, an inquest heard today. So much for the nonsense we have been hearing that Amy was recovered from her substance abuse issues – the poor woman practically drowned in booze.

The legal driving limit is the same in Britain and the USA (.08%) which is 80mg/100ml in British metric units – but an inquest in to Amy’s tragic death heard today that she had 416mg of alcohol per 100ml of blood!

The hearing was told that Amy had not had a drink during the entire month of July before she hit the bottle hard on Friday July 22 – tragically the bottle hit back even harder.

She was found in bed in her Camden home in north London the next day.

The inquest heard her security guard looked in on her at 10am the day she died but left her for five hours before calling the emergency services.

The live-in guard, Andrew Morris, said he thought she was asleep when he initially checked on her but at 3pm he checked again and she had not moved.

Amy Winehouse killed herself using drugs and alcohol – any other interpretation is simply false.