Andy Dick Continues On Downward Spiral With Another Arrest 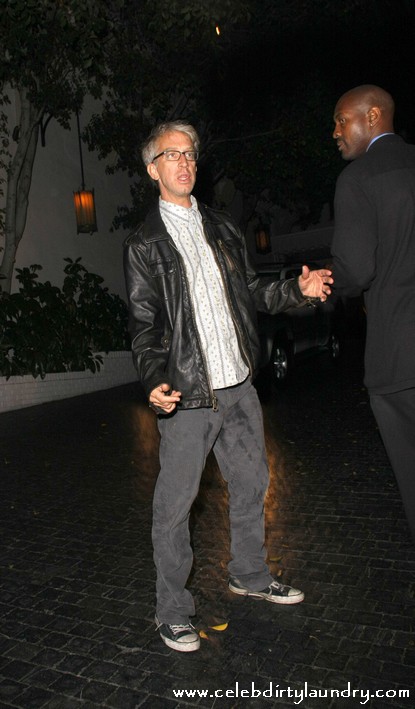 The downward spiral continues for Andy Dick who was arrested at a restaurant in Temecula, CA last night after cops say he was acting disorderly while under the influence of drugs or alcohol.  The former “Celebrity Rehab” star was taken to a nearby jail where he was booked at 9:48 PM. Bail was set at $500.

On May 15, 1999, Dick drove his car into a pole in Hollywood and was subsequently charged with possession of cocaine and marijuana, drug paraphernalia, and driving under the influence of alcohol/drugs and hit-and-run driving.

In 2005, Dick stirred controversy in Edmonton at Yuk Yuk’s comedy club when he dropped his pants and exposed his genitals to the audience. Amid the uproar, he was ushered off the stage and his second night was cancelled.

On August 16, 2006, Dick made a widely publicized appearance at the Comedy Central Roast of William Shatner where he licked the faces of Farrah Fawcett, Carrie Fisher, and Patton Oswalt and then groped and bit the hand of Mandy Stadtmiller – this incident caused Dick to return to rehab.

On December 2, 2006 he angered an audience at the Improv Club in Los Angeles by shouting “You’re all a bunch of niggers!” following an improvised set with comedian Ian Bagg.

On February 2, 2007, Dick was forcibly removed during an appearance on Jimmy Kimmel Live after repeatedly touching fellow guest Ivanka Trump.

Later that year Jon Lovitz claimed that Dick of re-introduced Phil Hartman’s wife to cocaine, who had a relapse, killed Hartman while he slept and shot herself. When Lovitz joined the cast of NewsRadio as Hartman’s replacement in its fifth and final season, he told Dick: “I wouldn’t be here now if you hadn’t given Brynn that cocaine.”

On August 17, 2007, Dick was cited by police in Columbus, Ohio for urinating on a sidewalk and a building. During his weekend in Columbus he was reported to be intoxicated during his standup performance and groped patrons at a comedy club. Upon his return to Los Angeles sheriff’s deputies were called to his residence to respond to a complaint that Dick was throwing beer bottles into his neighbor’s yard. He also slapped a reporter in the face outside a Los Angeles nightclub.

On July 16, 2008, Dick was arrested on suspicion of drug possession and sexual battery. He was arrested for allegedly grabbing and pulling down a 17-year-old girl’s tank top and brassiere. During a search of his person, police reported finding a quantity of marijuana and a Xanax tablet (for which Dick did not have a prescription) in his front pants pocket.

On January 23, 2010, Dick was arrested around 4:00 a.m. at a bar in West Virginia on charges of sexual abuse after reportedly groping a bartender and a patron.

On April 10, 2010 Dick broke into a Los Angeles home and had a brief altercation with its residents. Police were called, but no charges were pressed.

On May 5, 2010 Dick attended a club in Georgia, where he appeared to be very drunk; he attempted to grope and kiss both a patron and security guard.