Are Robert Pattinson and Kristen Stewart Are Over? 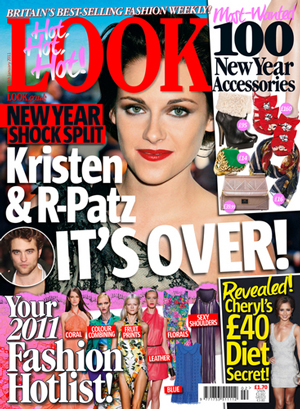 Well according to Britain’s Look Magazine the Twilight couple are done!  The magazine is claiming that Kristen Stewart wants a break from her relationship with Robert Pattinson.  There have been rumors circulating for a while that the couple have been having problems but nothing has been substantiated.  True or not remains to be seen but if it is true that Kristen dumped Robert it won’t be long before someone else scoops him up.

A source said:  “Kristen told Rob she’s finding the relationship very hard at the moment and that while she’ll always see him as a friend, she just can’t be his girlfriend anymore.  Kristen has put their relationship on hold until after the final movie in the Twilight saga has wrapped.  Maybe when they’ve finished filming and promoting the film, they’ll be able to make the relationship work.”

What do you think fact or fiction?  If it is fact I am first in line for Robert ;-)