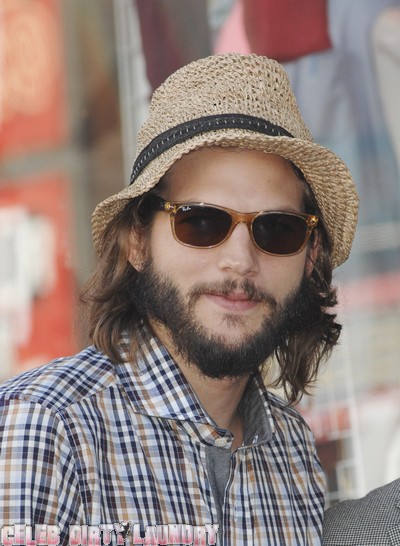 Now that Ashton Kutcher’s rumored mistress, Sara Leal, has come out of the woodwork to tell the world how they had unprotected sex, Ashton’s been telling friends that he is now expecting his wife, Demi Moore, to file for divorce!

A source close to Ashton said, “Ashton is absolutely gutted. Ashton had confessed his sexual relationship with Sara to Demi after it happened. Demi was naturally, devastated, but not surprised as they had spent their sixth wedding anniversary apart. There have been problems for a very long time in the marriage.”

The source went on to reveal, “She’s currently consulting with divorce attorneys. Ashton doesn’t want her to file for divorce, and is hoping they can work it out. However, Ashton expects that Demi will likely file. Ashton was hoping that Sara wouldn’t give any interviews about their sexual encounter, but now she’s spilling all the seedy details and it doesn’t help matters at all.”

The insider added, “Ashton is asking Demi not to file for divorce, but there is nothing he can do to stop her.”

If any of the rumors are true and Ashton has been cheating on her, then I say go for it! She deserves much better than a man who cheats, no matter how old he is. Don’t you agree?