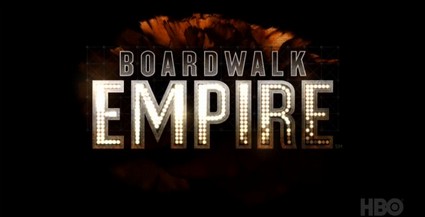 Last night was another exciting evening of HBO’s hit  show Boardwalk Empire.   After watching the show all season the second season finale is here.  HBO returns with an all new episode called ‘To The Lost.’  On last night’s episode Margaret was convinced that she was the reason that Emily got sick.  A lot of last night’s show was flashbacks to when Jimmy and Angela met when he was in school and she was a waitress.  We learn shocking new about his mother, actually I have suspected for weeks now that Jimmy and his mother had a thing going on.  Last night’s episode confirmed that they slept together, ughhhh.  Nucky found out last night that his case may no be going as bad as he thought.   Esther Randolph’s main witness Van Alden is in big trouble.

If you missed the episode you can read our official recap here.  With the show coming to an end this week we have come up with our wish list for the finale.   Take a look at our wish list here!

‘The Lost’ Official synopsis:  In the second-season finale, the approach of Nucky’s trial has Jimmy thinking about reconciliation, while Margaret mulls an offer from Esther Randolph that will have momentous consequences.  his episode will be written by Terence Winter; directed by Tim Van Patten.

The preview for the finale opens up with Jimmy smoking a cigarette and then the camera flashes to Margaret then Eli and then on the screen flashes ‘Know who’s behind you.’  Nucky is walking into court, will Margaret testify against him?  She is in confession again in the preview, so you never know.   Jimmy still has his bandage on and says ‘ he will make things right. ‘  Wonder what that means?’ We see Jimmy with a gun and Jimmy and Richard walking into somewhere.  Are they headed to kill Manny?  The preview is full of clues, but no answers!

Did you watch last night’s show?  I loved it, how about you?  The season finale already and still so much unresolved!   Take a look at the preview video and let us know what you think in the comments below!