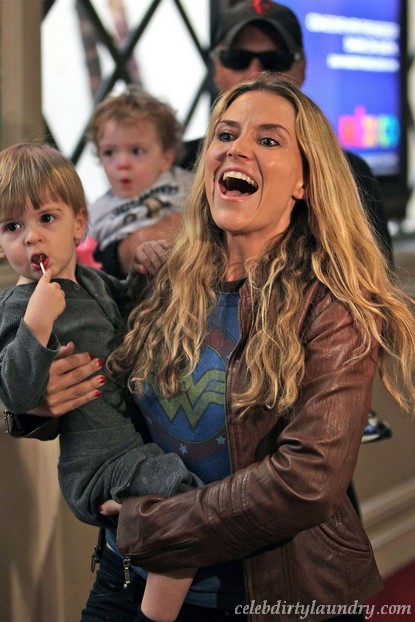 Charlie Sheen and his ex-wife Brooke Mueller can’t seem to work out their differences where their children are concerned — so they will be hashing it out in court!

Over the weekend, custody negotiations fell apart, and now they’ll be battling it out in court as both sides wants custody of their twin boys, Max and Bob.

Reportedly, Charlie’s team will be asking the judge to undo the restraining order which has prohibited him from making contact with his children.

According to reports, the custody negotiations fell through because Brooke wanted to have a monitor present during Charlie’s visitations with the kids. What? He doesn’t have enough goddesses on the lookout for his children? It’s like having three separate parents, of course!