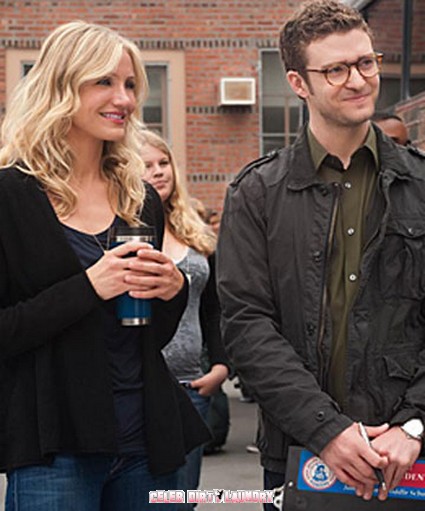 Bad Teacher co-stars and real life exes, Cameron Diaz and Justin Timberlake partake in the “most uncomfortable sex scene in history” according to their director, Jake Kasdan.

The couple, who dated for four years, released a statement back in 2007 when they split. “We have, in fact, ended our romantic relationship, and have done so mutually and as friends, with continued love and respect for one another.”

Diaz, who considers herself a “commitment-phobe” when it comes to relationships, dished on the awkwardness of the love scene with her former beau.

“Yes, yes. It was just [an] absurdity, a form of hilarity for all of us involved. We went to work that day and said, ‘What time do we start being ridiculous? Eight o’clock? Perfect,’” she said.

Comfortable or not, the job still had to get done. “They got in there and started doing it,” said Kasdan. “And it was so funny, we just couldn’t stop shooting it. And we were doing it almost the whole day. And really crying, laughing at the monitors.”

Co-starring in a romantic comedy with your ex has got to have its ups and downs, but I’m sure the big paycheck these two receive will make it all worth it, right? Bad Teacher comes out this Friday, June 24, 2011.