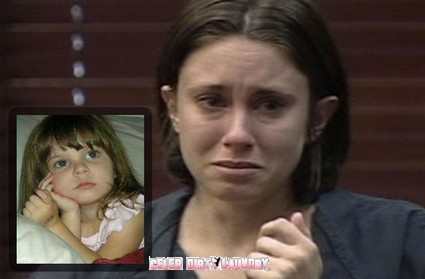 In jailhouse letters written by Casey Anthony while she was in Orlando County Jail in 2008 and 2009, she expressed her desire to set the record straight about herself and combine with some special ‘Casey’ advice in a book.

She wrote, “It’s a way to settle many rumors and to share my insight about love, life and most important – God.”  Casey says that the book would be a “partial memoir/comedy/relationship advice book for those not in the know.”

Casey Anthony’s letters to fellow inmate Robyn Adams also reveal her desire to have more children. She wrote, “Let’s get pregnant together? If it’s really possible to plan it” and “I’ve thought about adopting, which even sounds weird to me saying it, but there are so many children that deserve to be loved.” Anthony was acquitted of the 2008 murder of her daughter Caylee on Tuesday. The verdict resulted in almost universal criticism with people in and out of the media crying foul.

For example, Nancy Grace, who has been covering the case since mid-2008, before Caylee’s remains were discovered in December of that year declared “[Caylee’s] death has gone unavenged.”

Can you imagine an adoption agency granting a child to the care of Casey Anthony?