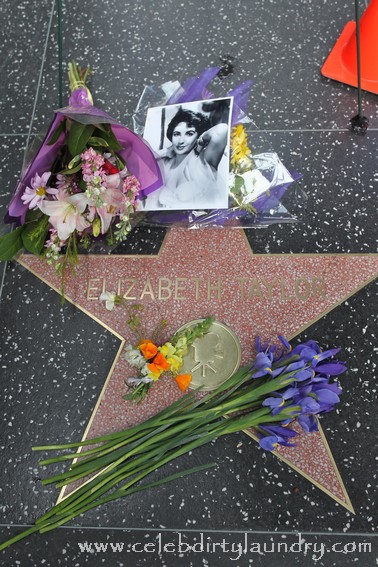 Movie star Elizabeth Taylor, who was–and still remains–an inspiration to young Hollywood actresses, has died at the age of 79 after complications resulting from congestive heart failure.

Elizabeth Taylor was considered to be one of the greatest actresses working during Hollywood’s Golden Age, having starred in movies such as The Father of the Bride (1950) and George Stevens’ A Place in the Sun (1951). She was married eight times to seven different husbands and leaves behind four children.Taylor was known not only for being a legend on screen, but also for her humanitarian work, specifically her efforts to bring awareness to the HIV/AIDS pandemic.

“We have just lost a Hollywood giant, but more importantly we have lost an incredible human being,” Elton John says.

The Kardashians, as well as Mariah Carey, Barry Manilow, Kimora Lee Simmons, and Jane Fonda have all left their heartfelt thoughts to the recently-passed Taylor.

Mariah Carey took to Twitter to mourn the loss of Taylor, writing, “R.I.P. Elizabeth Taylor an incomparable legend who will live forever.”

“Elizabeth Taylor…1 of the most beautiful women n the world passed away 2day,” Kimora Lee Simmons tweeted. “Her dignity, grace, beauty+talent shall b remembered always.”

Kim Kardashian, who recently interviewed the late actress for the March issue of Harper’s Bazaar, tweeted, “I am so saddened about the passing of Elizabeth Taylor! She will always be my idol!”

To read more, hop on over to http://www.mtv.com/news/articles/1660540/elizabeth-taylor-mourned-by-celebrities.jhtml