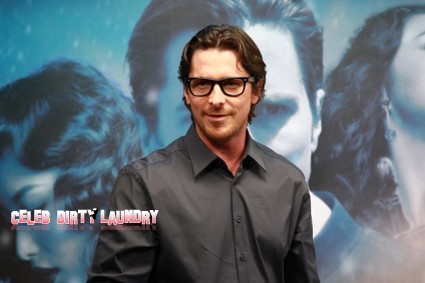 Christian Bale is now under attack from representatives of the Chinese government as officials have blasted the Batman star for his attempt to visit a blind activist under house arrest there.

‘The Dark Knight Rises’ actor was stopped by security guards when he tried to meet with self-taught lawyer Chen Guangcheng, who has lived in a village in eastern China in complete isolation for 15 months.

Christian was accompanied by a camera crew from the CNN news channel, and was in China to promote his film ‘The Flowers of War’, which is in the running for an Oscar.

Chinese Foreign Ministry spokesman, Liu Weimin, has said he thought Christian should feel embarrassed about the incident, not China.

Weimin said while the actor had been invited by director Zhang Yimou to attend the opening ceremony of the film, “He was not invited to fabricate news or shoot films in a certain village.” In the video of his attempted meeting with Chen, Christian is pushed and punched by four men dressed in plain clothes as he asks to see Chen.

He repeatedly asked the security officers: “Why can I not visit this free man?  Following the incident, the Hollywood actor said: “What I really wanted to do was to meet the man, shake his hand and say what an inspiration he is.”

Christian is one of a number of people, including journalists and Chinese human rights activists, who have unsuccessfully tried to visit Chen.

His case has been raised publicly by US congressmen and diplomats, including Secretary of State Hillary Clinton – with no response from China.

Strange – in the free world we visit whomever we like and shoot film wherever we choose – what exactly is China trying to hide?