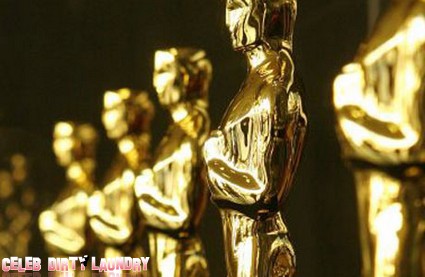 The 84th annual Academy Awards have moved a step closer with the first nomination ballots arriving in letterboxes. The 5,738 members of the Academy have to decide who will be shortlisted for a little gold man next month. They have until January 13 to return their list of nominees. The nominations will be formally announced on January 24. The Oscars will be handed out at the Kodak Theater on February 26, 2012. So if you love an awards show like me – make sure you put those dates in your diary!

But before we get to Oscar – we have the 69th annual Golden Globes. The ceremony will be held in the ballroom at the Beverly Hilton Hotel on January 15. British comedian Ricky Gervais will be hosting for a third time so we can expect plenty of  laughs at the who’s who of Hollywood’s expense. The 1500 invites have just gone out so the RSVPs will be coming thick and fast over the next week.

The Globes are run by the Hollywood Foreign Press Association and honor the men and women in front of and behind the camera in both movies and television. It’ll be an extra special night for Morgan Freeman. The legendary actor is receiving the Cecil B DeMille Award. Nominees expected to be there in a fortnight include Meryl Streep, Jodie Foster, Charlize Theron, Brad Pitt, George Clooney, Ryan Gosling, and Leonardo DiCaprio.

But before we get to the Award shows – the stars need something to wear. Designers are already wooing the big names hoping they’ll don their dresses on the red carpet. It’s ‘money can’t buy’ exposure. You’ll be able to see who got it right and who got it wrong  on Celeb Dirty Laundry.