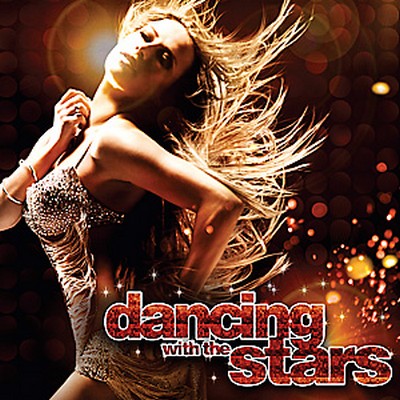 Tonight is the sixth episode of Dancing With The Stars and it’s Broadway Week and the seven remaining couples will dance to showtunes from Broadway play.  The remaining contestants will be dancing two dances tonight.  Last week in a shocking elimination Carson Kressley and Professional Dancer Anna Trebunskaya were eliminated.   So far this season has been one wild ride with amazing performances and shocking eliminations.  If you missed the show last week catch our official recap here!    If you missed the results show last week catch our official recap here!

Opening the show tonight is Rob Kardashian and Professional Dancer Cheryl Burke dancing the Cha Cha to Dance Like A Man.

Len said:  It was clean, it was precise, it had good timing.  Each challenge gives you new challenge but there was no rythm it was all too stiff.  It was not oily and starchy.  Bruno said:  The truth is you have to take it full on first bar you have to be there really there.  You have to be in charge.  it was adequate, you can do it.  Carrie Ann said:  It was not as great as last week.  But I do think there was much more charisma coming out.  You are still on the cusp you are boy and almost a man.   There was a lot more charisma.

Bruno said: More flair, I love the pythoness flair you put in.  You captured the theme of the play, well done!  Carrie Ann said:  You showed me, you upped the ante and you showed me, I loved it.  That was fantastic!  Len said:  I am smiling because you gave us a much more personality in your performance.  However, in the Foxtrot a certain amount of the dance has to be in hold and that was not there.  As much as I liked the razzle dazzle it was not there.

David Arquette and Professional Dancer Kym Johnson dancing the Quick Step to a tune from Greese.

Carrie Ann said: That number is an iconic classic but as far as performance you lived up to the performance.   You were not in sync tonight but good job.  Len said:  It was a bit rough around the edges but it was high energy and your enthusiasm made it fun.   Bruno said:  You have the exuberance and charge of a young teenager.  The energy was right up there,  you got everyone going.

Ricki Lake and Professional Dancer Derek Hough dancing the Quick Step to a tune from Guys and Dolls.

Len said: You don’t need luck if you have talent.  It was fantastic!  You were going so fast.  Bruno said:  Incredible style, outstanding choreography.  Your interpretation of the music was beyond belief.  Carrie Ann said:  You were so exciting to watch it is beautiful to see poetry in motion.   It was quick, sophisticated it was wonderful!

Chaz Bono and Professional Dancer Lacey Schwimmer dancing the Tango to a tune from Phantom of The Opera.

Bruno said: It was like a cute little penguin trying to be a bird of prey.  It is hard and difficult some roles fit certain character and this character did not fit you.  Carrie Ann said:  I agree a bit with Bruno, everyone has a journey here.  This was the most aggressive I have seen you I have to be frank with you at week six you have to up the ante.  We have to push you a little further.  Len said:  The first rule of this competition is to get through the routine and you did that and the work you put in well I commend you.  However the tango should have more aggression this was a tough dance and did not fit your personality

Carrie Ann said: I see all the effort you are putting in it.  But sometimes you force the move and it comes out forced.  It was starting  to blossom and then it did not.  I saw improvement.  Len said:  I have never lost faith in you, I always feel there is so much there and for some reason it has not come out.  The boots you had on did not help.  This was your worse dance of the whole season in my opinion and I am really disappointed.  Bruno said: Listen Hope look at me the performance was to a very difficult song because you have to portray so many different emotions.  It worked at times but there is a technique,  the rumba never stops moving.  It is not because of lack of effort but it did not gel as well as it could have.

Len said:  You are truly unrelenting.  You just keep on keeping on.  Tonight you have really come up a notch.  Bruno said:  What you have done,  you created a rip rising hit.  Carrie Ann said:  Bob Fossey would have been proud  watch out Rikki!