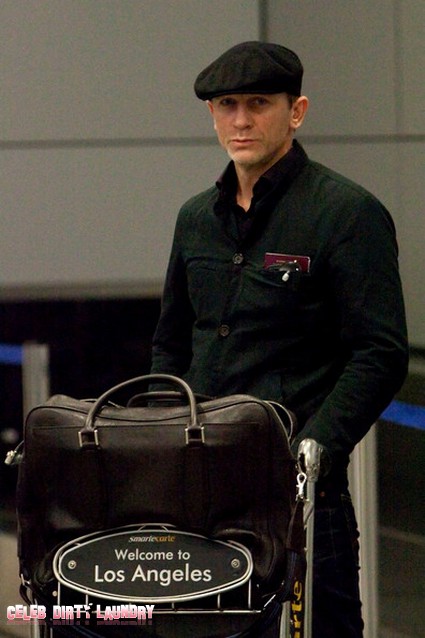 Daniel Craig is a man who likes his work and that is a good thing since the British actor will portray James Bond, the iconic British spy, for the third time in ‘Skyfall’ and is rumoured to have signed up for an additional five Bond movies.

Craig thinks if he played any radically different parts in between the Bond films he might be accused of trying to stop himself being typecast. Certainly Craig can point to Roger Moore as an example here. After starring in 7 Bond films it became impossible for the public to see Moore as anyone other than James Bond.

Craig said: “I don’t think, ‘This will look good next to that…’ If that’s what you do, you’re inhibiting yourself against instinct, which is just wrong.”

“Of course I could [play a role like a child killer]. Whether I’d want to is another matter. I think it would smack slightly of, you know, ‘Oh, he’s only doing that to get away from Bond.  I’ve got no desire to escape the role. I love playing Bond – it’s fantastic.”

Craig is not one to hide his true feelings as we learned when he said a couple of weeks ago that the Kardashians behave like ‘f**cking idiots.’

Despite his love of playing the Bond character, Craig says that he almost left the franchise when MGM ran into financial difficulties and was unable to get production going on the next film in the series.

Craig told the Guardian newspaper: “There was that long hiatus where Bond maybe wasn’t happening. I’d got it into my head that if it went another two years on top of the two-year gap we’d already had, then they should probably find someone else. And I should think about getting on with things.”

Some like Craig as Bond, others, including myself, see Bond as more of a larger-than-life character better portrayed by someone like Sean Connery. In any case, like it or not, it looks like Craig is in for the duration.