Did Amy Winehouse Die Because She Stopped Drinking Alcohol? 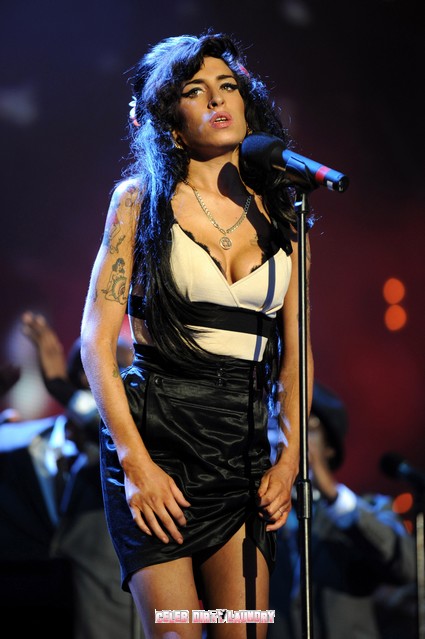 Amy Winehouse‘s family are said to believe that the reason she died was because she cut out booze totally.  Amy had been told to cut down on her drinking gradually but her cold turkey approach to quitting the booze may have given her frail body a shock it couldn’t handle, or so her parents believe.

A source close to the family said ‘Abstinence gave her body such a fright they thought it was eventually the cause of her death.’

The ‘Rehab’ singer was found dead at her Camden home by a body guard on Saturday and after an inconclusive autopsy her funeral was held on Tuesday attended by her close friends and family.

Amy’s father Mitch gave a touching eulogy where he said that Amy had beaten her battle with drink and drugs and she hadn’t drunk for three weeks and hadn’t touched drugs for years.

However it has been claimed that the singer was drinking gin and red bull drinks at the Roundhouse in Camden three days before her death as her goddaughter Dionne Bromfield performed as part of the iTunes festival.

More: Blake Fielder-Civil Claims He Could Have Saved Amy Winehouse

Speaking on Tuesday Mitch told mourners: ‘Three years ago, Amy conquered her drug dependency, the doctors said it was impossible but she really did it. She was trying hard to deal with her drinking and had just completed three weeks of abstinence.’

‘She said, “Dad, I’ve had enough of drinking. I can’t stand the look on your and the family’s faces any more.”‘  A source claimed: ‘Mitch said the shock of giving up, and everything she had been through over a bad few years was just too much for her to take.’

Dr Julian Spinks said: ‘If you go from very high alcohol consumption to nothing you can get the DTs and fits that can leave you unconscious, in danger of stopping breathing and dying because of that.’

The problem with this ‘abstinence’ theory of Amy’s death is that if she hadn’t drunk alcohol for 3 weeks then she would have been well past the period during which she could have died from withdrawal.

The reasons for Amy’s death will not be revealed until toxicology results come through, which police say could take up to four weeks.