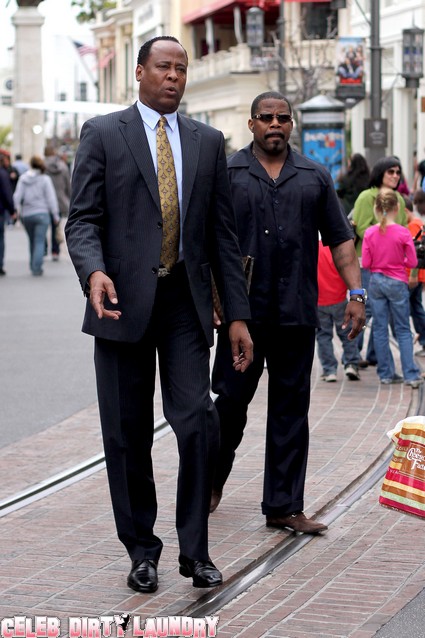 Dr. Conrad Murray is at least partially responsible for Michael Jackson’s death. But is his guilty of the charge of involuntary manslaughter?

Naturally Murray wants to win his case and his legal team are doing everything they can to bring that about. This includes a second attempt to get the jury in the trial sequestered so as to be completely free of outsides influences during the trial.

His lawyers previously requested that the jurors be isolated when the trial starts – so they do not see any press coverage of the case, but Los Angeles County Superior Court Judge Michael Pastor did not deem the ruling necessary.  However, Murray’s legal team filed papers again on Thursday in a second bid to have the jurors secluded.

Murray has pleaded not guilty to a charge of involuntary manslaughter amid accusations he administered the dose of anaesthetic that killed the superstar in 2009, and he is due to stand trial this September.

Murray’s lawyers argument for sequestering the jury goes as follows according to the legal documents: “There is reasonable expectation that Dr. Murray’s trial will be the most publicised trial in history. There is sincere danger that a well-meaning juror will be more impressed with an ‘expert’ on television than one presented by the parties at trial. The possibilities are endless for jurors to find and communicate information from the many websites on the Internet such as Facebook, Twitter and Google. It is necessary to sequester the jury in order to ensure that it is free from outside influences and guarantee the defendant a fair trial by an impartial jury.”

A hearing on the issue is scheduled for next Thursday.

Bottom line is that Dr. Murray served as a glorified drug dealer for Michael Jackson – which is not what a medical doctor is supposed to be.