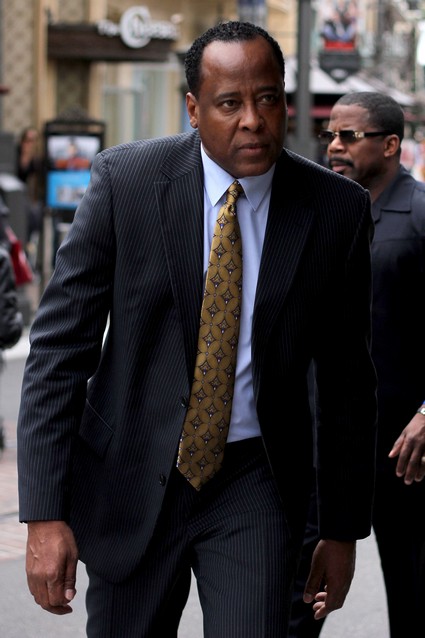 Testimony at Dr. Conrad Murray‘s trial yesterday added another nail in his coffin as it was learned that a medical device he used to monitor Michael Jackson was “inadequate.”

Dr. Conrad Murray who stands accused of the involuntary manslaughter of Michael, used a $275 fingertip device to read the star’s pulse and blood oxygen levels while Murray administered drugs, including the Propofol that killed him.

Evidence given in the medic’s trial yesterday suggest that the system was not adequate for the star’s needs.

Michael died from acute Propofol intoxication – and Murray was almost certainly the one who gave him the extremely potent drug while not ensuring that proper safeguards were in place. Propofol is not even meant to be used outside a hospital setting – let alone while using an inadequate monitor.

Prosecutors called Nonin Medical executive Bob Johnson to the stand who said the model of the device used by Murray had no audible alarm if there was a problem.

The doctor told the court that she asked Murray what medications the singer – who she said was “clinically dead” on arrival – had been given, and he said only four milligrams of Lorazepam and that the star had suffered from dehydration.

Paramedic Martin Blount stated that, when he attended the scene he saw three open bottles of Lidocaine on the floor, but Murray – who appeared “agitated” – never mentioned giving them to his patient.

The paramedic also told the jury he saw the doctor scoop up the vials and drop them in a black bag and while in the ambulance heard him making a phone call.

According to Mr. Blount, the physician said: “It’s about Michael and it doesn’t look good.”

Murray has been accused of administering the lethal dose of the Propofol that killed Michael and if found guilty faces four years in jail.