Eminem Sues Audi For Stealing His Song ‘Lose Yourself’ 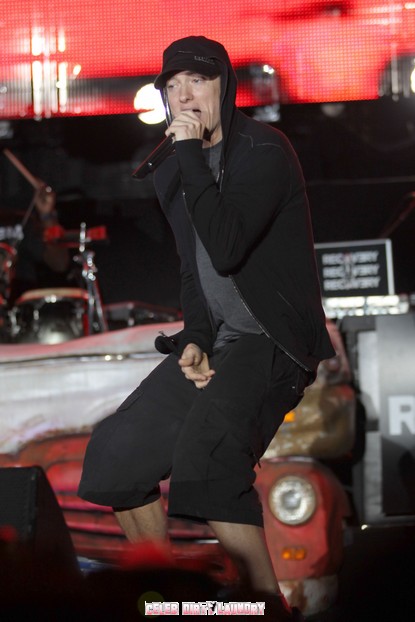 Eminem and his production company filed papers in Hamburg Regional Court in Germany last week claiming Eminem’s hit track ‘Lose Yourself’ was used in a promo for the new Audi A6 Avant.

Top executives at the German automobile company have responded to Eminem’s lawsuit which alleges they used one of his songs in an advertisement without permission.

The lawsuit alleges the song, which was previously authorized for use in an ad for rival car maker Chrysler, was used by Audi without permission. The film was reportedly unveiled at a recent press event in Berlin.

A U.S. spokesperson for Audi has now responded to the lawsuit, writing in an email to Yahoo! Music, “The video referred to is not an advertisement. Also, this does not involve Audi of America. The video was not shown here in the U.S.”

A representative for Eminem has previously said, “We believe Audi not only used ‘Lose Yourself’ to sell their product without permission, but their spot actually feels inspired by elements of Chrysler’s commercial campaign.”

Well the courts will decide but at least its nice to see that Eminem is finally being exposed as the totally commercial businessman that he is.