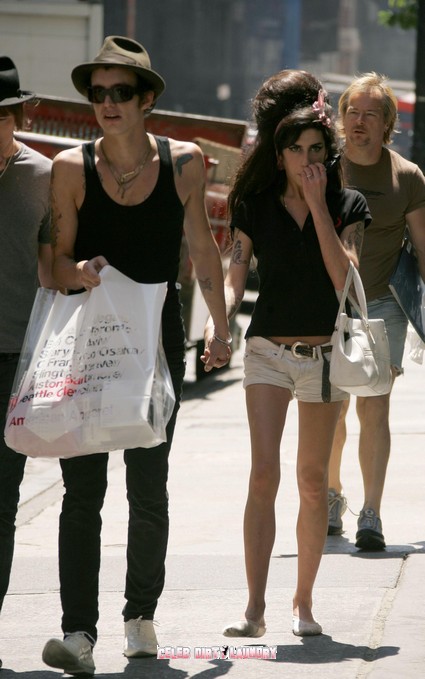 Amy Winehouse, 27,  has been working hard to alienate/piss off her fans by showing up at concerts stoned and drunk.   Apparently she is now trying to piss off her ex-hubby Blake Fielder-Civil’s fiancé Sarah Aspin, 31.   Sarah claims that Amy has been trying to have phone sex with Blake, 29.  I know ewwww too much information!

The SUN is reporting that Sarah said: “She needs to keep her hands off him. He is mine and we are a family now. “I’ve had enough of her thinking she can click her fingers and get him back whenever she wants. She phones him when she is really out of it and her texts are even signed off ‘your wife’.”

In usual Amy confusion she is claiming that it is actually Blake who is harassing her and she had to change her cell phone number.  She claims he was calling her ten times a day and she could not stand it.  For a moment there I thought she was going to say it was the hacker who hacked her website recently who did it.  Why don’t I believe her?