Is Justin Timberlake Officially off the Market? 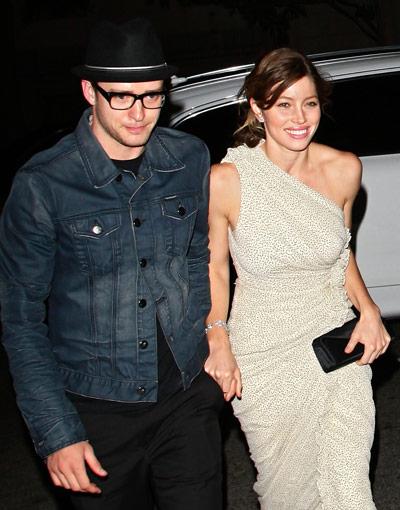 Ladies around the world let out a collective “Say it ain’t so…” If the twitter buzz is to be believed, Justin Timberlake and longtime girlfriend, Jessica Biel might just be engaged. Emphasis on ‘might’ as reps for the pair are yet to confirm the would-be exciting news and so far no pics have surfaced of any bling on an important finger.

That being said, rumors are swirling that the Justin popped the question Monday at a luxury resort in Wyoming where the pair are said to be staying at the Amangani.

Local establishment Tayloe Piggott Jewellery and Art Gallery is said to be the first to break the so called “news” on it’s Twitter and Facebook pages with the following.

“Word on the street is that Justin Timberlake proposed to Jessica Biel at the Amangani last night… we’re picking out post-engagement presents for them just in case they come in! Trying to play it cool.”

Timberlake and Biel have been dating for approximately four years, separating briefly for a few months earlier this year before stepping out together again in the fall.

New York based publicist Kyle Schaffler has reportedly tweeted news of the engagement at multiple media outlets, later tweeting to his followers, “Hehe, I love that NO media outlets knows about the Justin Timberlake and Jessica Biel engagement. Benefits of working in PR.” Here’s hoping for his sake that he’s right or that could be mighty embarrassing for a publicist.

Following the twitter hoax earlier this week where tweets indicated that Jon Bon Jovi had died (despite being alive and well in New Jersey) it’s hard to know what to believe.

Whether there is a wedding in the works or this turns out to be a case of someone speaking too soon, I hope it works out for the New Year’s Eve actress and the Sexy Back singer. One thing is for sure, they would make beautiful little Timberlakes!