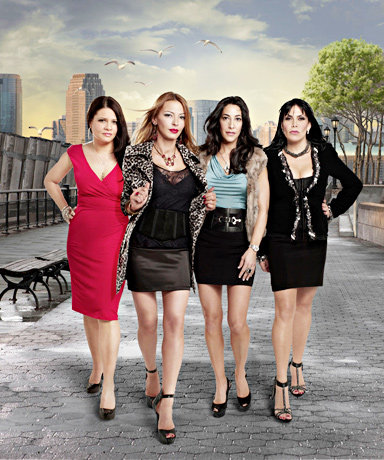 The same Italian group that called Snooki “an embarrassment to the human race” is disgusted with a new VH1 show about mafia wives, saying that its hurting the reputations of Italian-Americans.

A rep for an Italian interest group, UNICO National, creamed the new show saying, “Mob Wives” is “trash TV like ‘Jersey Shore.’  I hope it dies because no one watches it.”

The organization, called Unico National, was founded in 1922 to promote the concept that Italian Americans are strictly loyal to America – in terms of patriotic and political duty – and to Italy only for cultural traditions and heritage.  Now that the loyalty and patriotism of Italian Americans is not longer an issue the group functions more along the lines of an anti-defamation league

The rep adds, “We were mobsters and mafiosos with ‘The Sopranos,’ bimbos and buffoons with ‘Jersey Shore,’ and now we’re back where we started.  It’s a disgrace.”

Well Unico has their work cut out for them since “The Sopranos” and “Jersey Shore” are two of the most popular shows in television history.