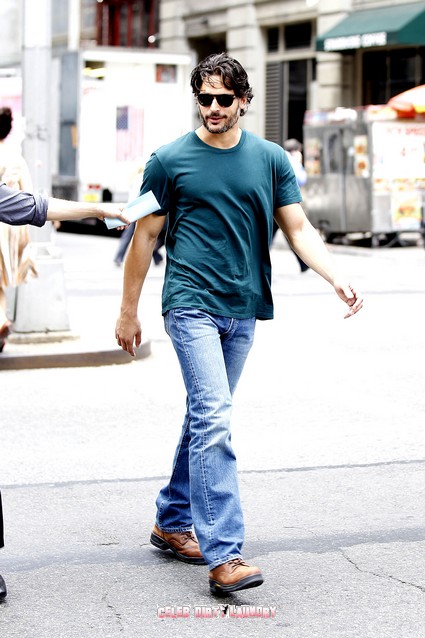 Joe Manganiello who plays werewolf Alcide in the True Blood series recently said he feels he would be the best match for Sookie (Anna Paquin).  Joe hopes that he and Sookie begin a relationship on True Blood.  Joe told the The Hollywood Reporter: “Yeah, I think Sookie’s situation is very difficult.  Obviously her heart belonged to Bill and got broken, and then there’s Eric, someone she would have never given a chance to be with her because of his duplicitous nature. But, obviously, this season you can see that Eric has softened quite a bit and is a different person.”

He continued: “I think you get a character like Alcide, who has great morals, great values, and also can take her out during the daytime and I think that’s interesting – somebody that can take her to brunch.”

Joe went on to say the author of the True Blood novels Charlaine Harris agreed with him.  In a recent interview Charlaine said of all the supernatural characters in the book she would rather see Sookie married to a werewolf.

Good new for all of us who like to stare at Joe’s great body his character’s role will be bigger this season.  If you missed last night’s show catch our RECAP HERE.