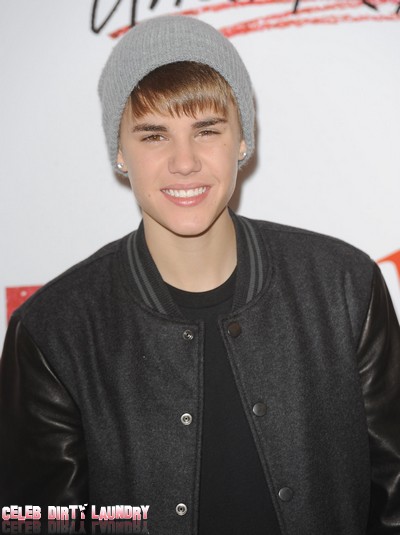 Justin Bieber is set to take a paternity test in just two weeks that will shut down the legal vultures and Mariah Yeater. We are almost convinced that this entire paternity claim is a charade orchestrated by greedy lawyers, dishonest scandal magazines, and pathetic Mariah Yeater.

Justin has been accused by Mariah Yeater of being the father of her four-month-old son Tristyn Anthony Markhouse Yeater and she and her legal team have requested that he take a DNA test to settle the issue.

According to TMZ.com, Bieber’s lawyer Howard Weitzman contacted Yeater’s attorneys on Friday to tell them the singer will take the test when he returns from a work trip to Europe and Weitzman has already chosen a laboratory to conduct the test which is agreeable to both parties.

After the paternity test is carried out and comes back negative, Bieber – who was in Belfast, Northern Ireland, yesterday for the MTV Europe Music Awards – and his lawyer intend to file a lawsuit against Yeater.

Meanwhile, in a TV interview Yeater has claimed she has already “provided evidence” that Bieber is the father of her baby.

During an appearance on ‘The Insider’, the 20-year-old Californian woman – who claims she got pregnant after a sexual encounter with Justin after his concert at Los Angeles Staples Center on October 25, 2010 – said: “I’ve provided evidence to my attorneys. He immediately took a liking me.”  That’s not evidence – that is just more bullshit.

“It was kind of me and him with other people, and then he eventually asked me, ‘Would you mind if we could go somewhere and be alone?’ “When we got to what turned out to be a bathroom, his whole demeanor changed. It went from cute and gushy to more aggressive.”

If Justin Bieber is the father of Maria Yeater’s child we will post a formal apology – but until then the smart money says that she is a lying skank.